Tesla risks undermining autopilot by updating without a recall

Tesla made the potentially fateful decision to deploy the update without initiating a recall.Last month, Tesla beamed an over-the-air software update to its vehicles aimed at improving how its driver-assistance system Autopilot handles crash scenes.
By : Bloomberg
| Updated on: 16 Oct 2021, 07:45 PM 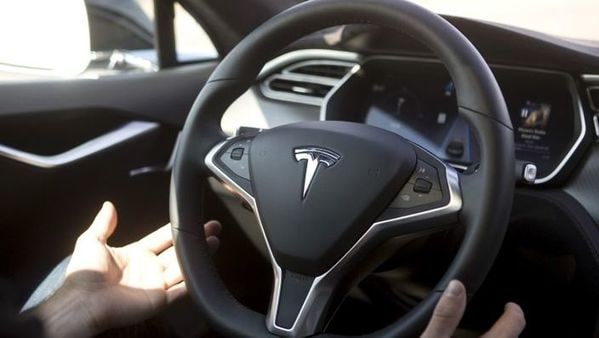 File photo: While Tesla urges drivers to pay attention to road conditions and surroundings at all times, many have been found guilty of doing anything but.

Tesla Inc. is on a collision course with the top U.S. auto-safety regulator over technology that’s been key to the company becoming far and away the world’s most valuable carmaker.

Tesla made the potentially fateful decision to deploy the update without initiating a recall. The move opened the company up to risks including fines, greater scrutiny of its over-the-air updates and damage to Autopilot’s standing with would-be car buyers, according to safety advocates including a former acting administrator of NHTSA.

“If you’re not going to be transparent about problems with your vehicles and what you’re doing to fix them, that could erode consumer confidence," said David Friedman, vice president of advocacy for Consumer Reports, who led the agency during the Obama administration. “I hope NHTSA will fine them for failing to fix the problem and failing to report it."

NHTSA’s probe of Autopilot and scrutiny of Tesla’s over-the-air update will be test cases for how regulators and makers of increasingly automated vehicles ensure their safety. Also at stake are perceptions of Tesla’s self-driving technology, which Chief Executive Officer Elon Musk has pointed to as the reason investors view the company being worth more than much larger car manufacturers.

Tesla didn’t respond to a request for comment on letters NHTSA sent to the company on Oct. 12 and released on its website Wednesday. The agency’s chief counsel and head of the vehicle defects division gave the carmaker until Nov. 1 to respond to several requests, including for the company to:

NHTSA has the authority to deem Autopilot defective, order a recall and force Tesla to make changes to the system’s hardware or software. The agency investigated Autopilot once before after a fatal May 2016 crash but cleared the company in January 2017.

Since conducting its own investigation of that crash, the National Transportation Safety Board has repeatedly recommended that Tesla improve the measures used to monitor whether drivers are staying engaged when using Autopilot. Tesla has largely used torque sensors to detect whether drivers are keeping their hands on the wheel. General Motors Co.’s Super Cruise, by contrast, uses an infrared camera to ensure drivers’ eyes are on the road.

Following Tesla’s software update and NHTSA’s pressure on the company, Consumer Reports is homing in on the driver-monitoring issue. The independent nonprofit has both praised the ability of Autopilot to detect and respond to objects and warned that its performance could lull drivers into over-relying on a system that isn’t fully autonomous.

“The most important change Tesla needs to make is to add safeguards -- such as an effective direct driver monitoring system -- to ensure the driver is aware of their surroundings and able to take over," Kelly Funkhouser, head of connected and automated vehicle testing for Consumer Reports, said on the organization’s website.

Friedman said Tesla could face fines under a section of federal law that requires carmakers to notify regulators of known defects within five days of becoming aware of them.

“Absent vigilant government oversight, companies like Tesla will be tempted to hide problems in overnight downloads, rather than allowing regulators and consumers to fully examine proposed repairs in the light of day," he said.

“Thanks to mass collection of collision data, our team was able to take passive safety to a whole new level - using an OTA update," Viecha wrote. “Hats off to our safety team!"