Tata Gravitas is a three-row version of the Harrier SUV.It will be a longer and more spacious alternative to the Harrier.
By : Prashant Singh
| Updated on: 17 Oct 2020, 20:12 PM 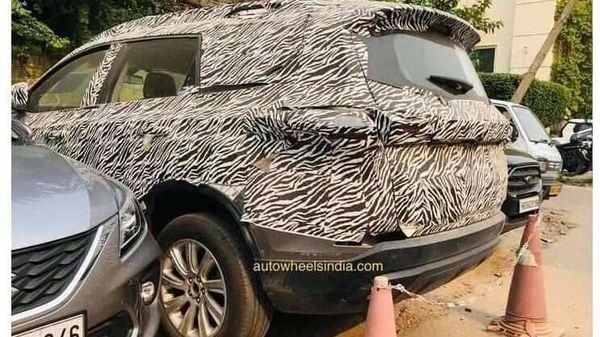 Tata Motors is developing a 7-seat SUV named Gravitas to address the needs of customers who demand 'bigger SUVs'. The upcoming Gravitas has been spotted during road testing 'once again', the only difference is that was spotted rolling on a new set of alloy wheels.

The Gravitas was previously set for launch earlier this year, but the pandemic threw a wrench in its launch plans. The recent spy images surfacing the internet only hint that Tata Motors could be catching up with its rejigged launch timeline and the SUV might be officially announced soon.

For the ones living under a rock, Gravitas is a three-row version of the 'now popular' Harrier SUV. It has been basically spawned out of the same platform and body lines. This is pretty evident from its front fascia which is a spitting image of the Harrier's face. Nonetheless, Tata would introduce some basic differentiating factors which would turn the Gravitas apart. While it will be based out on the same wheelbase as the Harrier, it will feature a longer overhang contributing to its greater length. This should allow Tata to carve out adequate space for the third row of passengers. Also, expect a slightly tweaked front/rear styling to give it a more distinctive appeal. 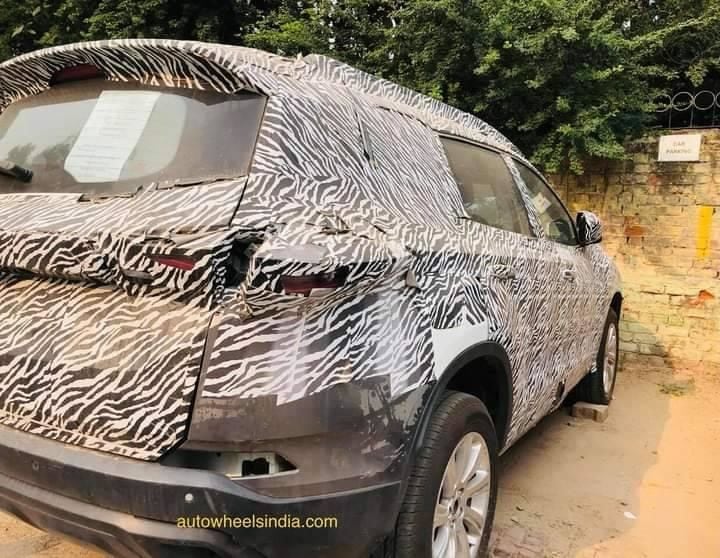 (Also Read: Pace of recovery in auto demand may continue to weigh on Tata Motors: Moody's)

Mechanically, changes will be few. It will most likely use a BS 6-compliant Fiat-sourced 2.0-litre, 4-cylinder diesel engine which develops 168 bhp of maximum power and 350 Nm of of peak torque. The transmission options will include a 6-speed manual, and 6-speed automatic torque converter.