Tata Altroz has trolled its two rivals Hyundai i20 and Maruti Suzuki Baleno hinting at their poor Global NCAP safety rating.
By : HT Auto Desk
| Updated on: 14 Feb 2021, 11:18 AM 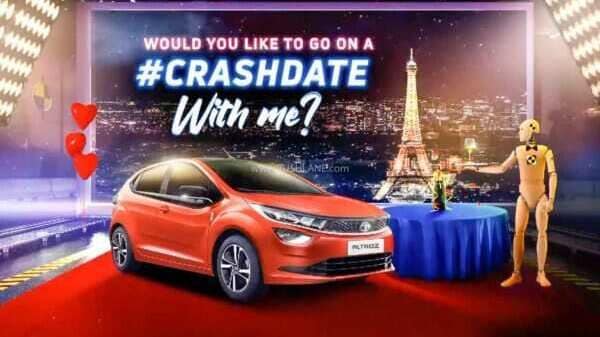 Tata Motors seems to make it a habit when it comes to trolling rivals. This time, the homegrown auto major has taken a dig at the Maruti Suzuki Baleno and Hyundai i20, with its Altroz premium hatchback.

In its latest social post, Tata Altroz has teased the Maruti Suzuki Baleno and Hyundai i20, two of its same segment rivals with the hint of the latter two model’s lack of Global NCAP safety ratings in comparison with the Tata model.

(Also Read: Maruti hits back at Tata Motors after Twitter jibe on WagonR)

Tata Motors has asked the two models for a crashdate, which is clearly pointing towards the better safety of the model. “Would you like to go on a #crashdate with me?" posted Tata Motors mentioning Baleno as Bae-Leno and i20 as Hi 20. It also wrote, “Hello Cupids. Altroz loves his rivals, like Hi20 & Bae-Leno, and others… So, this V-Day, we want you to send our message of love to them. Global NCAP you want to host this #CrashDate? Let’s put this love to the test."

Among the other made-in-India mass-segment passenger vehicles, Mahindra XUV300 and new Mahindra Thar have received a good amount of Global NCAP safety rating.