Maruti hits back at Tata Motors after Twitter jibe on WagonR 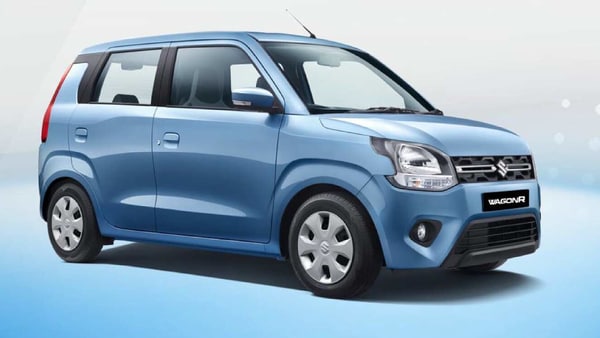 Maruti and Tata Motors are engaged in a Twitter banter over safety rating of WagonR.

The ongoing Twitter banter between Tata Motors and Maruti Suzuki just does not seem to die down. A day after Tata Motors shared yet another post apparently mocking Maruti WagonR's poor safety ratings, Maruti has hit back with some solid numbers.

In a reply targeted towards Tata Motors' jibe, Maruti Suzuki shared a post that read, "That's what makes us who we are: a truly Dil Se Strong connection with the entire WagonR family!" with a picture of a WagonR and a caption that read "Trusted by 24 lakh+ families."

WagonR is not only one of the top-selling models from the Maruti stable, but has been a constant feature in the monthly top five list of most selling cars in India for quite some time now. In fact, not a single Tata Motors' cars has featured in the list of 10 top selling cars for months now.

Earlier, Tata Motors shared an image of a cart with one of its wheels broken, and wrote, "Safety is 'two' important to be ignored. Be smart before someone overturns your caRt." The deliberate capital R in the spelling of cart is a hint at Maruti's WagonR, which also secured poor ratings at Global NCAP's safety crash tests for Indian cars.

That's what makes us who we are: a truly Dil Se Strong connection with the entire WagonR family!#DilSeStrong #MarutiSuzukiArena #WagonR pic.twitter.com/0WUWlYs3zB

Maruti WagonR underwent the Global NCAP crash test in 2019. The car had secured only 2-star ratings.

Before WagonR, Tata Motors had also targeted Maruti's S-Presso, which failed the safety crash test recently. The trigger behind Tata Motors' safe car campaign on social media is a recent report from Global NCAP which shared results of a few Indian cars, including S-Presso, Hyundai's Grand i10 NIOS and Kia Motors' Seltos SUV.

After Tata Motors took a dig at the S-Presso, India's largest carmaker came up with its reply where it said that despite all such reports it remains 'India's favourite automobile brand'. Maruti Suzuki's official Twitter handle 'fought back' against the indirect jabs by Tata Motors' Twitter handle with its own take, saying "This claim is undisputed."

Tata Motors has been trying to promote its cars like Nexon and Altroz which received five-star crash ratings from Global NCAP while Tigor and Tiago, its entry-level offering, secured four stars previously.