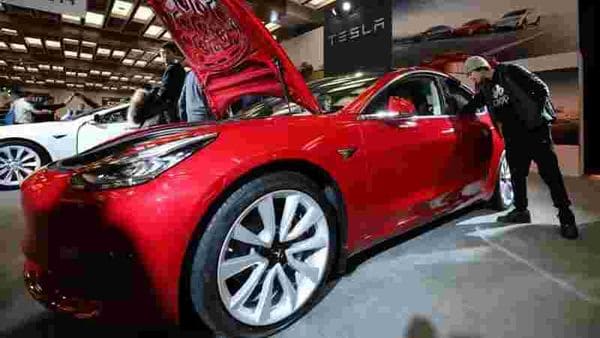 File photo of a Tesla Model 3.

Satisfaction derived from a car can be based on a host of different parameters but one car has managed to take the crown in a recent survey conducted among a varied base of respondents. Tesla Model 3 is not just the most popular electric vehicle in several countries but is now also surveyed as the 'most satisfying' cars among several age groups.

The survey conducted by Consumer Reports and covering 420,000 respondents found that Tesla Model 3 is the most preferred car among all its direct and indirect rivals - both in the EV space and among cars with conventional engine options.

Some of the key questions asked in the survey including if the respondents would buy a same car twice over, their drive experience inside the vehicle of their choice, the comfort quotient offered, value for money and features at their disposal. Tesla Model 3 scored big time in most of these and helped itself to the top place among almost every age group surveyed.

According to Teslarati, the millennial respondents favoured Model 3 over cars like Subaru Ascent, Mazda CX-5, Honda Accord and Subaru Forester which completed the top-five in this age bracket. What apparently worked for Model 3 was its affordability factor as well as its appeal.

Among Generation X respondents - those born between 1965 and 1980, Model 3 once again scored big and had Tesla Model S and Model X for company in the top-five.

Model 3 and Model S were also favoured by those in Baby Boomers category of respondents - those born between 1946 and 1964.