Stunt cars from James Bond movie to be auctioned. And prices expected are insane

From menacing Defender SUVs to Jaguar XF units, the collection of around 60 units would leverage both brand value as well as association with a James Bond movie to gain traction at the auction.
By : Shubhodeep Chakravarty
| Updated on: 01 Aug 2022, 19:49 PM 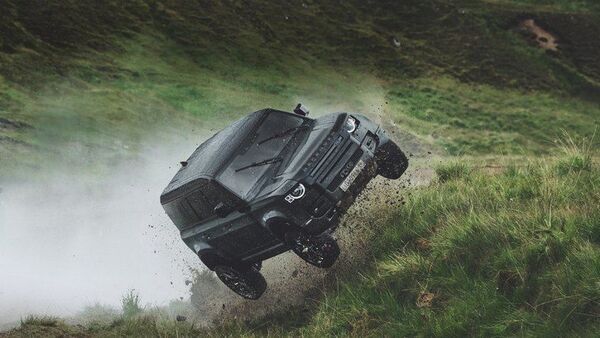 Screengrab from the video of Land Rover Defender performing stunt in the new James Bond film.

Your dreams of driving a car straight out of a James Bond movie can come true, provided you have big bucks to pay at the auction. This is because many of the stunt vehicles that figures most-recent James Bond movie - No Time to Die - are going under the hammer in the UK. In all, there would be 60 units up for grabs.

The numerous models and units used to carry out the awe-inspiring stunts in the movie can now be owned. And there's some charity element here too with proceeds from the first-few Defender units to be given to The Red Cross. These Land Rover Defender SUVs are more special than others because these were the first few models to be dispatched straight from the factory to the filming sets. These units bear the 007 chassis number and are expected to fetch as much as 500,000 pounds. 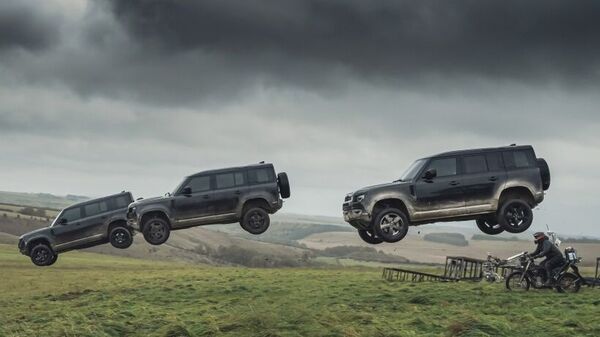 A scene showing Defender units in action during the shooting of the newest James Bond movie.

But the collection of models to be put up for auction does not just have the menacing Defender SUV and also features Range Rover Sport SVRs SUVs and Jaguar XF saloons. These were used by the villains to either outrun or outgun Bond. It is reported that the Range Rover Sport SVR could eventually go for an auction amount as high as 120,000 pounds while the XF could fetch 70,000.

The same report also highlights that there is an ultra special Land Rover Defender 110 V8 Bond Edition that is also going under the hammer although it wasn't actually featured or used in the filming. With just around 300 units of this special edition made, this particular unit is expected to eventually fetch an auction amount as high as 300,000 pounds and the eventual proceeds would be given to charity as well.

The live auction would be held at Christie’s in London on September 28 by invitation only. And Jaguar Land Rover expects the repute of the models as well as the association with a James Bond movie to attract a positive response. “Defender, Range Rover and Jaguar were in the thick of the action in No Time To Die. Each car represents a unique piece of James Bond history which we're sure collectors will be keen to own and we are delighted to be able to support our charity partners through their sale," says Nick Collins, Executive Director Vehicle Programs, Jaguar Land Rover. “With such high demand for the Defender V8 Bond Edition, we are also hoping this special one-off version with the 60 years of Bond logo will attract a keen buyer."