In historic first, Ferrari to present its 'pure blood' SUV with speed genetics

The first Ferrari SUV, named the Purosangue or pure blood, is likely to have more power than the Lamborghini Urus.
By : Sabyasachi Dasgupta
| Updated on: 19 Mar 2020, 09:54 AM 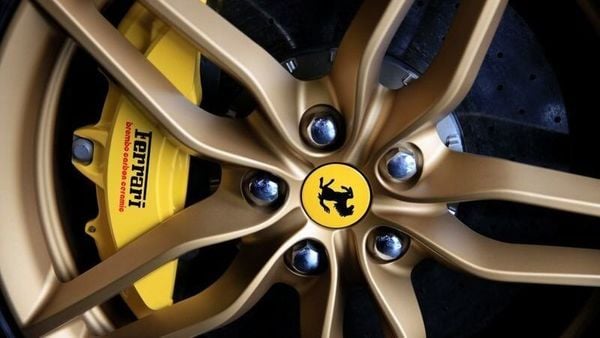 When Enzo Ferrari launched the Italian luxury carmaker back in 1939, he could have never thought that his sports cars will have an SUV variant. As recently as 2016, former Ferrari boss Sergio Marchionne had said, “You have to shoot me first." But the world has moved beyond their times. And the current global trend demands more SUVs from all kind of carmakers.

For the first time in its history, Ferrari has decided to to take the plunge most others have already taken and mastered. In 2021 Ferrari will debut its first SUV called Purosangue, that's Italian for "thoroughbred" or "pure blood", which will be a hybrid crossover with tints of Gran Turismo.

This model will have five doors, four seats in 2+2 configuration and front-center engine, and it is believed that it will be developed by the generational change of the Ferrari GTC4Lusso , with the aesthetic features of this model, but with a higher body.

Although Louis Camilleri, the CEO of Ferrari, has emphasised that this product will not be an SUV, but a five-door model with an exterior design inspired by the coupes tells a different story.

As for the engines, there will be a hybrid version with turbo with six or eight cylinders, so you could enjoy powers close to 700 hp. That would mean the Ferrari Purosangue SUV will give Lamborghini Urus a run for its money.

Ferrari has already run into trouble over the name Purosangue. An anti-doping non-profit charity organisation Purosangue Foundation. Ferrari claims the charity 'has not made sufficient commercial use of the name to warrant exclusivity', and that the 'registration should be removed because of lack of use over the past five years'.