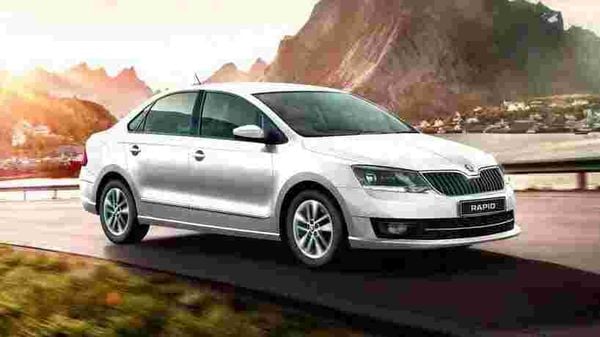 Skoda Auto India is planning a range of new cars under the VW Group's India 2.0 project which comes into action next year.

While the next-gen Rapid has already broken cover in the international market and was speculated for arrival in India, such might not be the case, Skoda India head has confirmed while replying to a tweet.

“We will not have a new Rapid for India. At the end of next year we will launch a new bigger sedan based on the new MQB AO platform," said Zac Hollis, Director – Sales, Service & Marketing at ŠKODA AUTO India.

We will not have a new Rapid for India. At the end of next year we will launch a new mugger Sedan, based on the new MQB AO platform.

It is no news that Skoda India is already working on a replacement to the popular Rapid sedan which is starting to show its age. Previously, Zac Hollis has confirmed that the replacement model for the Rapid sedan has been codenamed ANB sedan and will arrive under the VW Group's India 2.0 project.

The new, bigger sedan will take place of the Skoda Rapid by the end of 2021 and will be based on the locally developed MQB A0 IN platform. The official name of the new sedan is going to be revealed later in 2021, and the company has previously trademarked the name Slavia in India, which in fact could be used for the upcoming sedan, though it is not officially confirmed.

The car would arrive with TSI petrol engines and no oil-burner option will be part of the list. While the details are scarce at the moment, there could be a 1.0-litre TSI turbo petrol engine which is found on the current Rapid sedan. This engine is tuned to deliver 108 bhp of maximum power and 175 Nm of peak torque. The engine is available with either a 6-speed manual or an optional 6-speed automatic torque converter unit.

(Also Read: Skoda Auto India to hike car prices by up to 2.5% from January 1)

Since the new MQB A0 IN platform can also handle the bigger 1.5-litre TSI engine, so there's a possibility that the powertrain could also be introduced with this option.