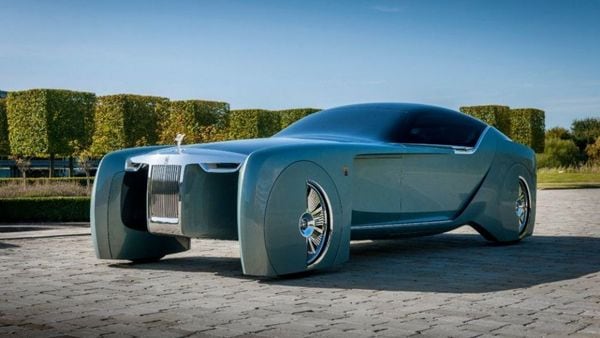 Rolls-Royce confirmed it’s working on an all-new vehicle called Silent Shadow as the iconic British brand prepares to offer a fully electric car to its ultra-wealthy clientele this decade. (File photo of Vision Next concept car)

It seems Rolls-Royce Motor Cars has decided to go ahead of its competitor Bentley, which is already designing a hybrid car, and make the direct leap to the electric car. The luxury car manufacturer has confirmed that it’s working on an all-new vehicle called Silent Shadow.

The carmaker, owned by the BMW Group, had recently filed a new trademark with the German patent office for the name Silent Shadow. For decades, the British firm has used the name Shadow for its models, such as the Rolls-Royce Silver Shadow, so it is quite likely that we will soon have more details about the definitive electrification plan of the luxury brand.

Torsten Mueller-Otvos, Chief Executive Officer at Rolls-Royce Motor Carsconfirmed that the carmaker is closer to launching the Silent Shadow electric car. But he did not reveal any specific date for the launch of the vehicle. "That is still a secret," he said in an interview with Bloomberg Television, and added, "But it will of course obviously be a brand-new Rolls-Royce, rest assured."

According to reports, there is a prototype of the Phantom powered by lithium-ion batteries at BMW's Munich centre. Tests are also reportedly being carried out to launch an entirely new model. According to reports, the first Rolls-Royce electric car could come with a 100 kWh battery pack and offer a range of at least 500 kms without recharge.

"Electrification fits perfect to Rolls-Royce - it’s torque-y, it’s super-silent," said Torsten Mueller-Otvos during the interview with Bloomberg Television. He added, "We are not known for roar-y, loud engines and exhaust noises whatsoever, and that’s a big benefit."

The launch of the first electric car from the British luxury car manufacturer is still some time away. It is expected that Rolls-Royce should confirm the exact timeline of the launch around the end of this year. The question is whether it can beat Bentley to become the first among the super-luxury brands to launch its first fully-electric model.