Ratan Tata and his modest to lavish car collection

Ratan Tata's love for automobiles knows no bounds. From high-end ultra-exotics to humble daily-drivers, he is known for having a wide collection of cars in his garage.
By : Prashant Singh
| Updated on: 14 Apr 2020, 04:46 PM 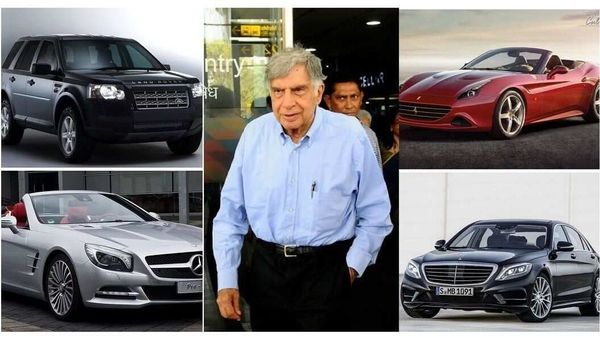 Ratan Naval Tata, famously known as Ratan Tata, needs no introduction. He is one of the world's most renowned Indian industrialists, philanthropist, and a former chairman of Tata Sons. He has also received two of the highest civilian awards of India, Padma Bhushan (2000) and Padma Vibhushan (2008).

Ratan Tata remained as the chairman of the Tata Group, from 1990 to 2012. He was the apparent successor to J. R. D. Tata, who retired in 1991. Under Ratan Tata's 21-year leadership, the group grew its revenues by over 40 times, and the profits grew over 50 times. He boldly got Tata Motors to take over Jaguar Land Rover in 2008. It was him who turned the India-centered Tata group to grow multi folds into a truly global brand.

(Also Read: Watch how ordering a Tata car is now as easy as getting pizza delivered at home)

Under his leadership, Tata Motors launched a number of world class products and the brand stretched its legs across the globe.

Ratan Tata and his unconditional love for automobiles knows no bounds. From high-end ultra-exotics to humble daily-drivers, he is known to have a wide collection of cars in his garage, and here is the full list of Ratan Tata's car collection.

The Ferrari California (Rosso Red paint scheme) is one of the most loved models by Ratan Tata. He has also been spotted driving it several times out on the public roads.

This exotic runs on a 4.3-litre V8 engine which produces staggering 490 PS of maximum power and 504 Nm of peak torque. The engine comes mated to a 7-speed DCT gearbox. Though the model has been discontinued in the country, but it still remains to be one of the most popular cars launched by Ferrari.

Who doesn't love the Mercedes-Benz S-Class, and even Ratan Tata isn't an exception. The S-Class has a cult following especially among the elite-class businessmen and leaders who love to roll in style and enjoy 'simply the best comfort' four-wheels can provide.

Though Tata owns the Jaguar Land Rover, but Ratan Tata has had a Freelander (Black) with him even before the acquisition. He has also been spotted being driven in it on several occasions.

Among other options, the Freelander sources its power from an in-line 4-cylinder diesel engine which is rated to return a 190 PS of power and 420 Nm of torque.

What's rather surprising to note is that, apart from this specific Freelander, there are no other Land Rover cars in Tata's garage even today.

Nexon is one of the new-gen products launched by Tata Motors in the last few years. It is among one of the most-selling SUVs under the sub-4 metre segment and Mr. Tata has been spotted taking a tour of his blue-coloured diesel-powered Nexon a few times in the past. It comes with two engine options – 1.2 L Turbocharged Revotron Petrol and 1.5 L Revotorq Diesel.

The Indigo Marina has stayed in the Ratan Tata's garage for a very long time now.

Apart from everything above, cars like Chrysler Sebring, Mercedes-Benz W124, Cadillac XLR, as well as Mercedes-Benz 500 SL, are also part of Mr. Tata's garage.