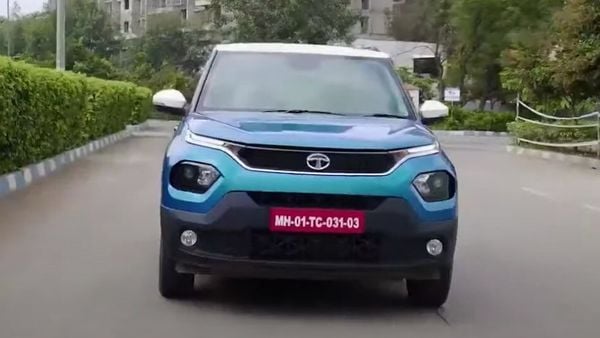 Tata Punch is a sub-compact SUV that has a petrol engine under the hood and two transmission options.

Tata Punch SUV was launched in India on Monday at a starting and introductory price of ₹5.49 lakh (ex showroom). While Tata Punch is currently offered with a single 1.2-litre Revotron petrol engine, it is now confirmed that it will also get battery power in the times to come.

While Tata Motors already offers Nexon EV and recently drove in Tigor EV for the individual customer, the company is now focusing on propelling Punch SUV - with its petrol engine - to the top of its sales chart. But because it is built on the ALFA-ARC platform which is EV ready, the Punch SUV is raring to welcome battery power as well.

While no timeline has yet been revealed, Tata Punch EV could be a massive shot in the arm for the company and could possibly bolster the EV movement in the country because it could be priced very aggressively. At present, Nexon EV starts at ₹13.99 lakh (ex showroom) while Tigor EV starts at ₹11.99 lakh (ex showroom). If these price points are an indication, the eventual Punch EV could well sit below the ₹10 lakh mark.

The EV space in India still remains very small, especially when compared to some of the European markets, China and the United States. But it is mostly agreed that there is a whole lot of potential and Tata Motors may already have a lead from which it could build further.