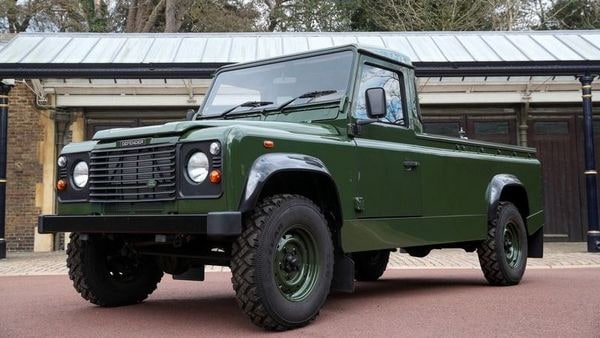 The Jaguar Land Rover that will be used to transport the coffin of Britain's Prince Philip at his funeral on April 17, 2021, is seen at Windsor Castle, Berkshire, Britain.

The specially-commissioned Jaguar Land Rover SUV that will carry Prince Philip in his final journey on Saturday, April 17, has been unveiled. The TD5 130 Land Rover in military green, seen in the pictures, was designed for over 16 years and Prince Philip was an active participant in the whole process.

Prince Philip, who died last Friday at the age of 99, will be buried at Windsor Castle, after a ceremony limited to 30 people, under the health rules in force in England against the coronavirus.

Only his wife Queen Elizabeth II and the close royal family will be present at the Duke of Edinburgh's funeral, which the British are expected to follow on television rather than by traveling to Windsor.

Among Prince Philip's wishes was the use of this specially designed 4X4 Land Rover to drive his casket from the castle to St George's Chapel, a few hundred yards away.

The Land Rover Defender, which sports a specific shade of green favoured by the military and Prince Philip, will take centre-stage as it will be followed on foot during the procession. 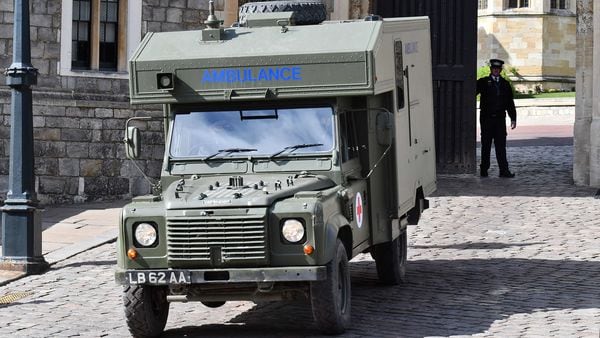 A British Army Land Rover ambulance is driven away from Windsor Castle in Windsor, west of London, on April 15, 2021, after a rehearsal for the funeral of Britain's Prince Philip, Duke of Edinburgh. (AFP)

The modified 4X4 has an uncovered rear part where Prince Philip's coffin will be placed, which will be held in place by specially designed metal stops.

Philip, who served in the Navy during World War II, has always had a close connection with the armed forces throughout his life.

The manufacturer Land Rover, a specialist in all-terrain vehicles popular on military manoeuvring grounds and in the British countryside, worked with Prince Philip as early as 2003, when the austere long-frame vehicle left the Solihull factory, in central England.

The Duke of Edinburgh, who had a keen interest in British industry, engineering and design, made the final adjustments in 2019. 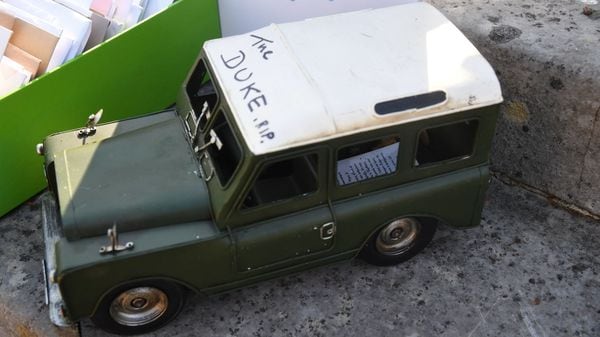 A model Land Rover left by a member of the public outside Buckingham Palace following the death of Britain's Prince Philip, is on display in the gardens of Marlborough House, in London, Britain April 15, 2021. (REUTERS)

Prince Philip was a Land Rover enthusiast to the end and gave the automaker a royal mandate over 40 years ago.

It was at the wheel of a model of the brand, a Freelander, that in 2019 at the age of 97, he had a spectacular accident where the car turned over not far from the Sandringham estate in the east of England.

One of the two women in the other vehicle involved had her wrist broken, and a baby on board escaped unharmed.

After this accident, Prince Philip had, according to Buckingham Palace, stopped driving on public roads and voluntarily surrendered his driving license.