The all-new Porsche 911 GT3 Cup is powered by a four-litre, water-cooled flat-six engine that produces around 510hp.One of the most striking features of the cup car is its optimised aerodynamics, thanks to its wide turbo-spec lightweight body.
By : HT Auto Desk
| Updated on: 15 Dec 2020, 08:23 AM Porsche has unveiled the latest generation of its 911 GT3 Cup, the first racing version based on the current 992 generation. It is also first cup racer of the sports car manufacturer to feature a wide turbo-spec body.

The car is powered by a four-litre, water-cooled flat-six engine mated to a sequential six-speed dog-type transmission with paddle shifters, a single-mass flywheel and a three-plate sintered metal racing clutch. With around 375 kW (510 hp), the race car exceeds the output of its immediate predecessor by 25 horsepower.

Its high-revving unit with dry-sump lubrication reaches top performance at 8,400 rpm, up from the previous 7,500 rpm. There also are three different exhaust systems available, depending on the race series. The race car can also can run on synthetic fuels, thus, significantly lowering CO2 emissions under racing conditions.

One of the most striking features of the cup car is its optimised aerodynamics, thanks to its wide turbo-spec lightweight body. The race car also appears more muscular than before and exceeds the rear width of the previous model by 28 millimetres. It is also distinguished by its additional cooling air inlets in front of the wheels. 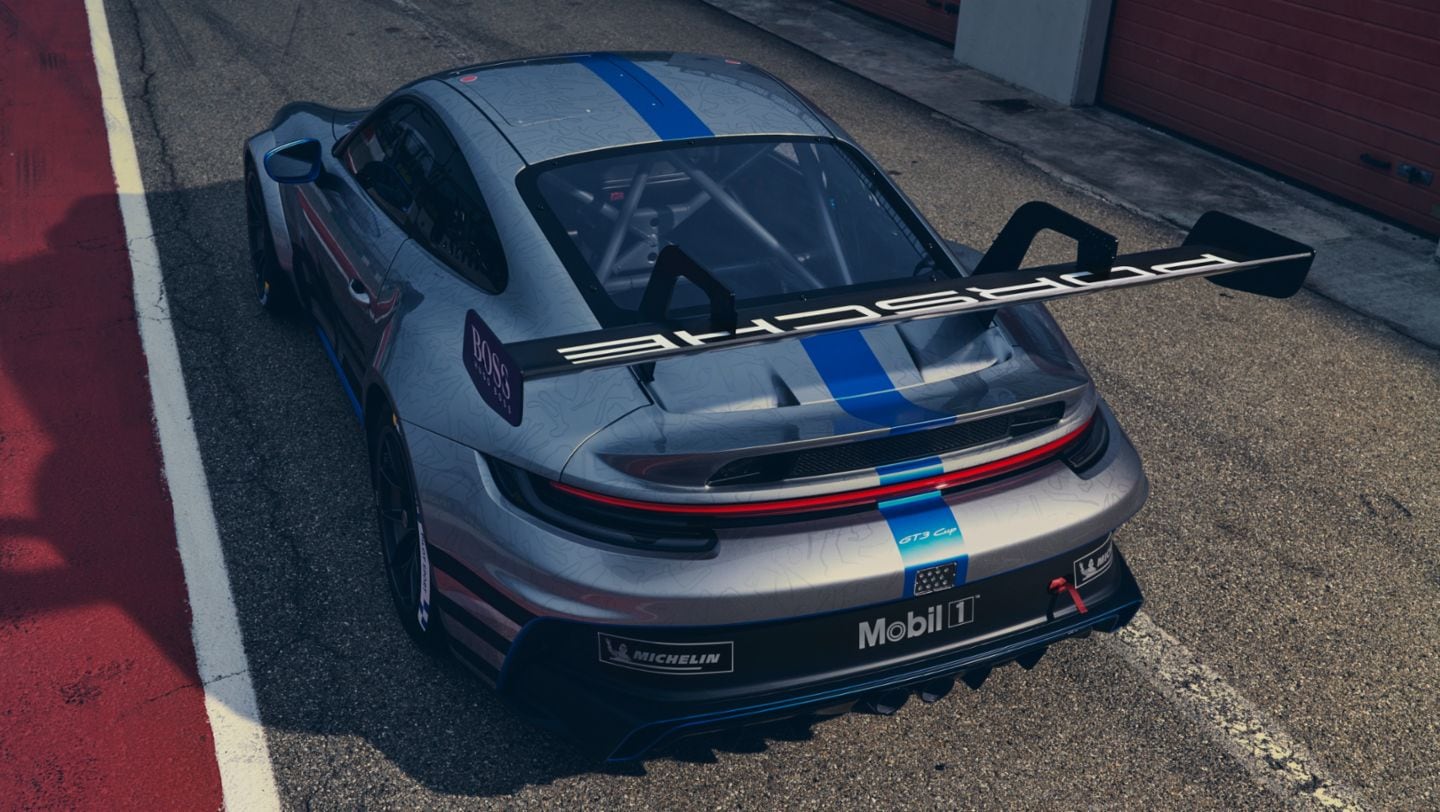 The new car also generates noticeably more downforce than its predecessors, thanks in part to its new swan neck rear wing that offers eleven stages of adjustment.

Porsche's main goal for the development of the latest 911 GT3 Cup was to improve performance, achieve a more aggressive design, easier handling and greater durability with less outlay in terms of time and maintenance. The company says that the result is reflected in many aspects of the new racing vehicle. "With its improved performance and the optimised cockpit, the new 911 GT3 is the best Cup car that Porsche has ever built," says Jan Feldmann, project manager of 911 GT3 Cup.

From the start of the 2021 season, Porsche plans to campaign the new cup racer in the Porsche Mobil 1 Supercup as well as the national Porsche Carrera Cups in Germany, France, Asia and Benelux and for the first time in North America. The sports carmaker estimates that the lap times of the new Cup 911 should be slashed by a good one per cent, depending on the track layout.