Porsche plans to start selling its electric Taycan model in India next year. India churned out millionaires at the fastest pace in Asia in 2017, according to a Capgemini SE report released last year.
By : Bloomberg
| Updated on: 13 Dec 2019, 04:07 PM 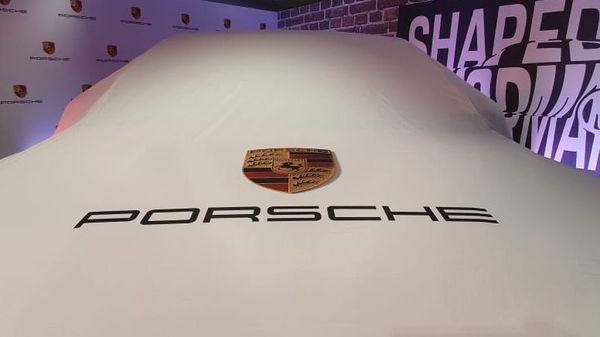 Porsche plans to start selling its electric Taycan model in India next year, in a bet that ultra-rich Indians are willing to splash out as much as $370,000 on an electric car to boost their street cred.

Local duties in India make imported luxury cars about 2.5 times more expensive than what they cost in Europe -- a reason cited by Elon Musk for ignoring the market so far -- but that’s no deterrent for prospective buyers, accordion to Pavan Shetty, director at Porsche India.

The Taycan “will open up a completely new segment of customers, who are not only sport-car owners, but people who are sport-car owners and also want to be clean and environmentally friendly," Shetty said in an interview in New Dehli. “We all want to be responsible, but it’s more prevalent in the rich because they have an option and the resources."

India churned out millionaires at the fastest pace in Asia in 2017, according to a Capgemini SE report released last year, but its economy has slowed since then, hitting everything from the purchase of cars to consumption of cookies. Auto sales in India -- where cleaner vehicles have yet to make a dent on the industry -- extended their longest-ever losing streak in November, falling for 13 consecutive months, although new sport-utility vehicles still surged.

Porsche, which sells 350-450 cars a year in India, is looking for a boost to those figures when it launches its new Cayenne Coupe on Friday, followed by the Taycan by July. It unveiled the latter in China, Germany and Niagara Falls in September, with a starting price outside India of $150,900 and a potential base version costing below $100,000. That underscores the model’s central role in parent Volkswagen AG‘s push to become a leader in battery-powered vehicles.

Musk, the billionaire founder of Tesla Inc., has in the past cited challenging government regulations as a hurdle in India, and is holding out for a temporary waiver on import penalties and other restrictions before agreeing to build a local plant. Musk said in March he would “love to be" in India this year or next, but a firm plan has yet to be announced.

“I strongly believe that luxury adopts technology much faster than general automobiles," Shetty said. “We’re entering a phase where the rich are necessarily global citizens. if you own a Porsche, you don’t need an introduction. You’re already someone, it becomes your identity."