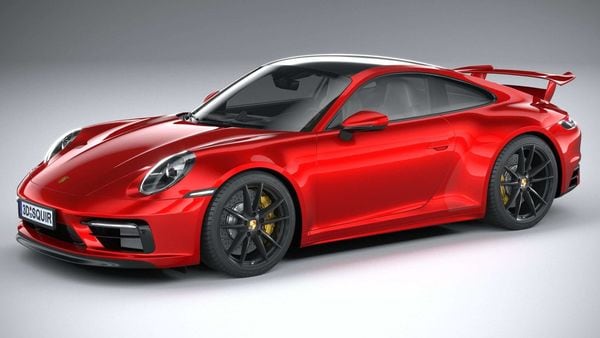 Porsche has revealed the new 911 Carrera S Aero Kit. With the latest update, the supercar has not only received sportier aesthetics but there's also a step up in terms of overall performance.

On the outside, there aren't any major changes in comparison to the regular model. The only differentiating factors include black elements on the 'Aero Kit' such as the 22-inch black finished alloy wheels and the black painted rear wing. Also the bigger rear wing is fairly noticeable which provides better downforce and thus superior driving dynamics.

Inside the cabin, the car has been updated with body colour accents which have been added over the air-con vents, dash as well as central console. There's an exclusive body matched stitching on the seats and door trim leather, along with inserts on the panels.

It shares the 10.9-inch touchscreen display with the regular 911 model. And needless to say, comprehensive connectivity and assistance systems are also part of the kit.

In terms of mechanicals, the cars gets the same 3.0-litre, six-cylinder boxer engine. The output from this engine is recorded at a massive 380 bhp which is 15 bhp more than its predecessor. The engine is paired to a new eight-speed dual-clutch transmission (PDK).

The powertrain pushes the new 911 Carrera S across the 0-100 kmph line in just 4.2 seconds. And the car is capable of doing a top speed of 293 kmph. There is also an optional Sport Chrono Package which further reduces the sprint timing by 0.2 seconds at 4.0 seconds. It also gets Porsche Wet Mode and Porsche Active Suspension Management (PASM) among others feartures.

There is no confirmation if the model would be brought to the Indian shores anytime soon.