Home Auto Cars News Porsche 718 Has A Smoking Problem. Here's How It Can Be Cured

Porsche 718 has a smoking problem. Here's how it can be cured

Porsche 718 comes with retrofitted special protective grilles in the side air intakes to prevent cigarettes or cigars from entering into the engine compartment and causing damage.
By : HT Auto Desk
| Updated on: 25 Jan 2022, 12:00 PM 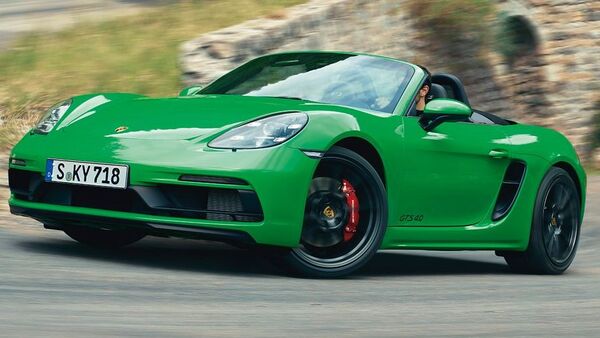 Powered by the 4.0-Litre naturally aspirated six-cylinder flat engine, the GTS 4.0 models are at the evolutionary peak of the 718 models.

Porsche 718 reportedly has an insatiable hunger for cigarette butts or cigar ends, which can potentially damage the high-performance sportscar's plastic elements inside the mid-engine car. Porsche 718 is one of the most popular offerings the German luxury high-performance car brand has ever built. Available in two variants Boxster and Cayman, the Porsche 718's side air intakes are prone to such in the cigarette butts and cigar ends by the airstream around the car, reveals Porsche Great Britain.

A Porsche dealer communication posted by someone on Facebook has revealed the problem. “If burning cigarettes or cigars are thrown away, they can be drawn into the side intake ducts of the engine by the airstream around the car," Porsche Cars Great Britain wrote in the letter, further adding that “Additionally fanning by the airflow can cause the cigarettes, cigars, and their embers to further ignite there, affecting plastic elements or the like and damaging the vehicle."

This letter indicates that the cigarette butts or cigar ends can result in a smouldering fire in the engine compartment. The signs of such a fire incident include smoke, loss of engine power, warning signs lighting up in the instrument cluster or a burning smell.

The German automaker has already installed or retrofitted special protective grilles in the side air intakes of the corresponding Porsche 718 models in an attempt to prevent cigarettes or cigars from entering into the engine compartment and causing damage by fire. The Volkswagen Group-owned automaker has written in the letter to the Porsche dealers that further optimized protective grilles with even tighter meshed inlets are available now for your vehicle to further reduce the risk of damage occuring.

Interestingly, this problem is nothing new as Porsche already issued a recall for 2017-2019 Boxsters and Caymans to address the issue. The German auto company even included the information about the issue in its car owner's manual in 2016. “Danger! Cigarettes or cigars can be blown into the air inlets (A) by the airflow and cause a fire in the engine compartment," the manual said.