Polestar’s third model will be a performance SUV that takes heavy styling cue from the recently revealed Precept concept.
By : Sabyasachi Dasgupta
| Updated on: 13 Apr 2020, 06:34 PM 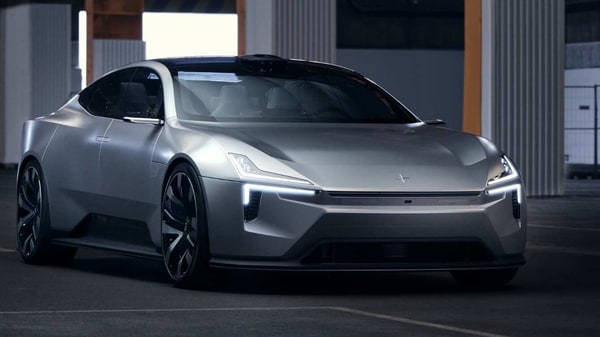 In late February, Polestar organised a preview of the Precept electric model. The branch of the Swedish giant Volvo, at first, did not give full information about the new product. But after the cancellation of the Geneva Motor Show due to coronavirus outbreak, the carmaker has revealed further details now.

The first two prototypes of Polestar electric vehicles, called Polestar 1 and 2, developed under the leadership of Volvo head Thomas Ingenlath. The two models strongly resembled the design language of the Swedish auto giant. But the new model Polestar 3, although it retains some stylistic elements, has a more independent appearance. According to the carmaker, it is intended to show the general direction of design solutions, as well as “great ambitions and confidence that rely on the improved user experience provided by the digital technologies of electric vehicles of the future".

The new Polestar 3 gets a four-door Gran Turismo type body. The 3.1-meter wheelbase allows you to place more batteries without taking up space from passengers. Much attention is paid to aerodynamics, on which the possibility of saving energy depends. For example, side mirrors are replaced with more compact cameras.

Technical details about the power plant of the electric vehicle were not announced at the presentation. However, the company claims that the Polestar 3 will have a range of 500 km with 80% battery charge, which corresponds to 625 km in full charge.

“This car is not just a dream, it conveys ideas with a realistic background, and the company is consistently trying to show the differences from the core Volvo line in sustainability and digitalisation. Bright examples include the eye-tracking sensor on the dashboard, which opens up new opportunities for the driver, or the vegan interior, which will most likely use cork, hemp and other natural materials. Leather will only be available on request and with a clear desire," said Maximilian Missoni, Director of Design at Polestar.

The company says that, although the production version of the concept Precept is finally approved, it will have an important influence on the Polestar 3 - electric crossover, which will be released in 2021 and compete with the Tesla Model Y.