There are a total of 2,573 pieces in the Land Rover Defender Lego set which makes use of innovative engineering and authentic functions to bring the car alive absolutely anywhere.
By : Shubhodeep Chakravarty
| Updated on: 06 Apr 2020, 10:10 AM 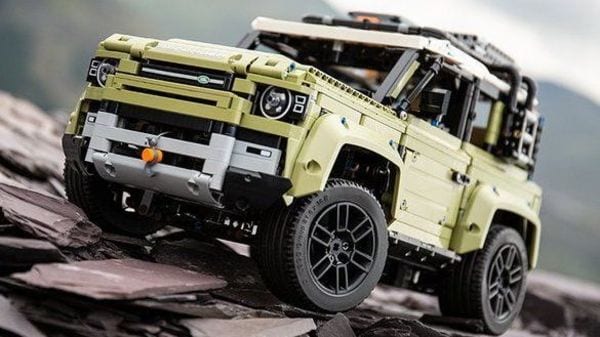 Automobile enthusiasts around the world hardly enjoy sitting at home with their feet up when there is a machine outside, almost begging to be driven. Lockdown in several countries to fight the coronavirus pandemic, however, has made sitting inside absolutely necessary.

Car companies, however, are returning to basics to keep fans busy even if they aren't busy driving around. After companies like Audi and Mercedes came out with free colouring books featuring their cars, Land Rover has taken a step forward and its Defender SUV is now available as a Lego set.

There are a total of 2,573 pieces in the Land Rover Defender Lego set which makes use of innovative engineering and authentic functions to bring the car alive absolutely anywhere.

The bodywork features Land Rover logo, removable roof rack with storage box, pannier, ladder and traction mats, opening doors, hood and tailgate, plus a detailed interior, according to Land Rover. Under the bonnet, there is a detailed in-line 6-cylinder engine with moving pistons. There is also a four-speed sequential gearbox and gear selector with two levers for engaging high or low gear.

Some of the other highlights are a working steering, All Wheel Drive with 3 differentials, independent suspension on both axles and a working winch. The spare wheel at the rear can be turned to open the tail gate.

The model is currently only available for delivery in mainland UK.

The Defender was showcased a few months ago and was also launched in India in February at a starting price of ₹69.99 lakh (ex showroom). It is widely regarded as one of the most capable SUVs anywhere in the world and is offered in five variants across both 90 and 110 - Base, S, SE, HSE and First Edit - in India.

The Defender has also been featured in the next James Bond movie - No Time to Die. The release of the movie was pushed back after the coronavirus pandemic spread.