The new teaser video shows that the production version of the Ariya electric SUV will not be very different from its concept version showcased last year.
By : Sabyasachi Dasgupta
| Updated on: 10 Jul 2020, 05:30 PM 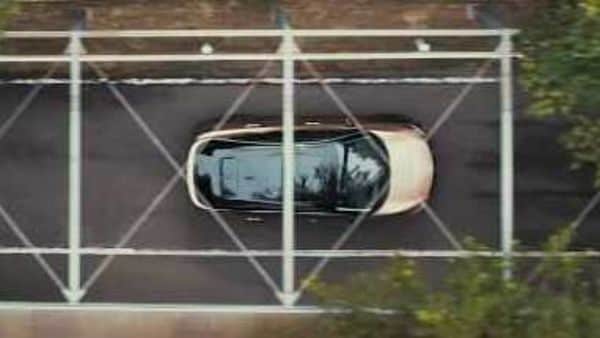 Nissan Ariya electric SUV is scheduled to be launched on July 15. Ahead of the launch, the Japanese carmaker has revealed more details about the upcoming electric SUV in a video it shared on YouTube.

Some close-up shots of the moving Ariya SUV along with some drone footage reveal key design elements of the upcoming Nissan electric vehicle. At first glance, the Ariya in the video looks closer to the concept version that was showcased last year in Tokyo Motor Show.

The new teaser video shows that the car will be available with a two-tone theme. The sloping roofline of the model seems to be accentuated by a silver-coloured chrome strip. The striking roof spoiler of the concept car seems to survive the switch to the production version of the Ariya. The Ariya gets black treatment in the bumper, wheel arch edges, inserts at the sills, mirror caps and the roof. The video also shows a white version, the roof of which is painted in body colour.

Last week, Nissan had released the first teaser for its first electric SUV Ariya. The teaser image does not reveal much about the SUV, but reveals the LED light signature on one of the headlights.

Ariya will be an all-wheel drive (AWD). It will make use of regenerative braking to conserve and resupply power. Ariya is likely to take on the likes of Tesla Model 3, features ProPilot 2.0 which would make it reasonably capable of driving itself.