The new Nissan rogue SUV, which is also known as the X-Trail SUV in India and some other markets, will grow in size and have a more angular design.
By : Sabyasachi Dasgupta
| Updated on: 13 Jun 2020, 12:30 PM 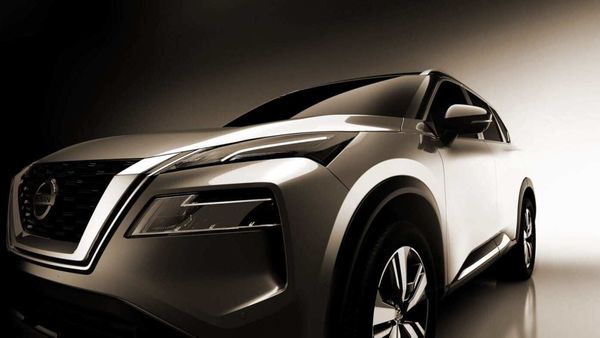 The new Nissan rogue SUV, which is also known as the X-Trail SUV in India and some other markets, will grow in size and have a more angular design.

The 2021 Nissan Rogue SUV, or what India knows as Nissan X-Trail SUV, had its first teaser revealed in the USA, despite several photos already leaked. The medium-sized SUV of the Japanese brand will have a worldwide premier on June 15.

However, it is still not confirmed whether the Japanese carmaker will hold a simultaneous launch of the new X-Trail SUV as thought earlier.

Nissan had earlier teased that it will bring out 12 new models by 2021, which included the latest generation X-Trail among other upcoming Nissan models like Ariya electric SUV, Z coupe, pickup truck Frontier and Qashqai.

Leaked patent sketches, spy photos and renders so far had given an idea about how the new 2021 Nissan X-Trail will look like. The SUV promises to be more efficient, connected and secure, in addition to a more attractive and expressive design. Comparing it with what Nissan has teased, it seems the design matches with the one shown in the leaks.

(Also read: Nissan confirms Ariya electric SUV to launch next month, will go on sale by 2020)

The Nissan Rogue 2021 is expected to be launched in the American market with a large 2.5-litre engine that can produce 190 horsepower as standard for most versions.