Nissan Magnite has an introductory base price of ₹4.99 lakh (ex showroom).Magnite also gets an optional Tech Pack which packs in premium features.
By : HT Auto Desk
| Updated on: 11 Dec 2020, 09:54 AM 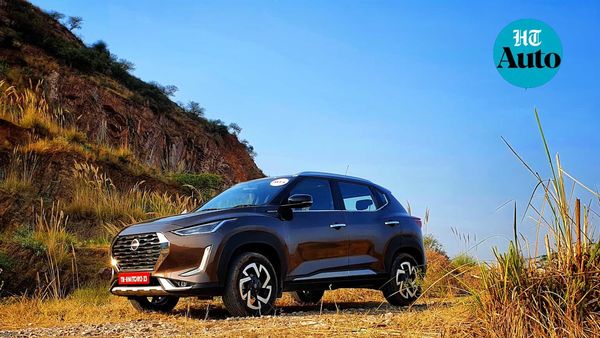 Nissan Magnite is offered only with petrol engine but a turbo option and CVT makes it an interesting option to consider. (HT Auto/Sabyasachi Dasgupta)

Nissan Magnite has shot off the start line with as many as 5,000 bookings in the first five days since its December 2 launch. Being the most-affordable offering in the sub-compact SUV segment may be one of the several reasons for the initial rush and the waiting period for the car has now reportedly jumped to at least two months.

Two separate dealer sources in south Delhi confirmed to HT Auto that there is a rush at showrooms with people walking in to enquire about the Magnite. They also highlighted that the waiting period now is at least two months, a testament to the rousing opening success of the vehicle. Interestingly though, the sources also confirmed it is the upper variants that are being mostly chosen although prospective customers do specifically ask about what's on offer in the base variant which sits - temptingly - at ₹4.99 lakh (introductory, ex showroom).

Magnite's launch price has created a whole lot of stir in the sub-compact SUV segment and it sits below even several premium hatchbacks in the market. An optional Tech Pack at around ₹38,000 seeks to pack in more premium features and is available across most trims.

Magnite is Nissan's massive show of intent in the India, a market that it has been unable to make much mark in despite years of being present here. The Japanese car maker is betting big with its latest but is aware that it will also have to ramp up sales and service outlets. Judging the initial response for Magnite, the company may also have to boost production capabilities to meet the demand which is impressive, also because it is the end of the calendar year - a time when the pace of sales in the auto industry tends to slow down from festive period.