Nissan Magnite competes against the rivals such as Hyundai Venue, Kia Sonet and Maruti Vitara Brezza.Nissan India has announced that it is joining the list of carmakers set to hike prices next month.
By : Prashant Singh
| Updated on: 30 Dec 2020, 04:25 PM 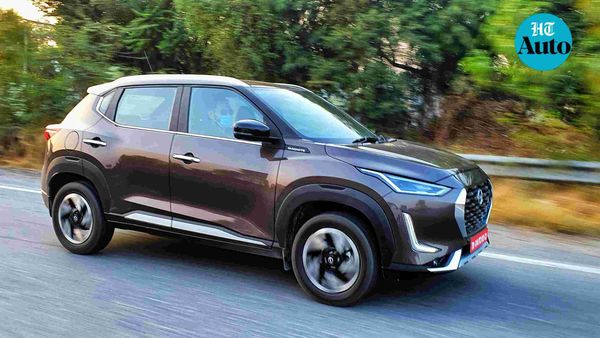 Nissan Magnite sub-compact SUV went on sale in the Indian market earlier this month at ₹4.99 lakh (ex-showroom, Delhi). The carmaker has now started deliveries of its subcompact SUV to the first customers. The Japanese carmaker has managed to generate quite a buzz around its Kia Sonet rival in India. The firm recently announced that it has received over 15,000 bookings for the new car.

Recently, Nissan India has announced that it is joining the list of carmakers set to hike prices next month. The Magnite sub-compact SUV is set to become costlier by ₹55,000, though the carmaker is yet to reveal the variant-wise breakup of the new prices.

The Magnite SUV sources power from a 1.0-litre petrol engine which is available in both naturally aspirated as well as turbocharged versions. The transmission options include a five-speed manual as well as a CVT unit.

Nissan is also backing its ability to ramp up sales and post-sales centers to meet the rising demand for the vehicle. The new Magnite directly locks horns against the sub-compact SUVs such as the new Kia Sonet, as well as veterans like Maruti Suzuki Vitara Brezza, Hyundai Venue, Tata Nexon and Mahindra XUV300.