Nissan Magnite will get multiple colour options, a a HRA0 1.0-litre Turbo engine and X-Tronic transmission option.An optional Tech pack at an additional cost will put wireless charging, ambient lights and other features inside Magnite.Magnite is likely to undercut price structures of its rivals.
By : HT Auto Desk
| Updated on: 13 Nov 2020, 03:53 PM 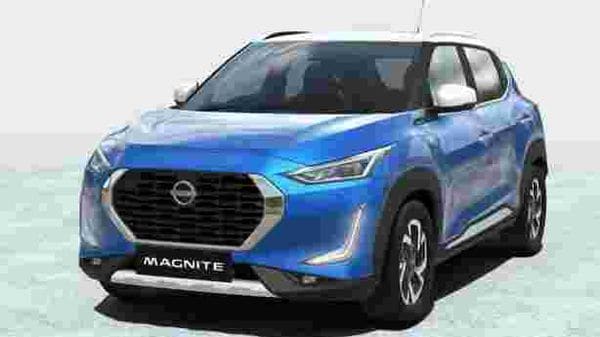 Magnite will get multiple single and dual-tone colour options.

Nissan Magnite is the next big-ticket launch in the Indian automotive industry as the Japanese car maker looks to have the final say this calendar year in the lucrative sub-compact SUV segment. Reports suggest that several Nissan dealerships have started accepting pre-launch bookings for the Magnite although the company has not announced this officially. What is almost confirmed though is that the Magnite is being readied for a launch later this month as Nissan looks at taking the fight to the likes of Maruti Suzuki Vitara Brezza, Hyundai Venue, Mahindra XUV300 and the recently-launch Sonet from Kia and Toyota Urban Cruiser.

Multiple reports suggest that the booking amount for Magnite is between ₹12,000 and ₹25,000 with select dealerships accepting pre-launch orders. The production version of the Magnite has already been showcased and details about its variants, engine options, transmission and colour choices have also been confirmed. The biggest trump card up Nissan's sleeves could be the price structure which is likely to undercut rivals, and significantly in some variants. (Full report here)

According to a leaked documents, the Magnite price range will be between ₹5.50 lakh and ₹9 lakh (ex showroom prices).

This could potentially help Nissan make a solid mark in the segment, crucial for its fate in the country. Magnite does carry the weight of a whole lot of expectations as the car maker has otherwise not seen any of its products enjoy massive success in recent times. That Magnite, therefore, is being touted as a vehicle which follows in the footsteps of international successes like X-Trail and Patrol. It will get a HRA0 1.0-litre Turbo engine at its heart which claims to put out 100 Ps (around 97 bhp) of max power and offer 160 Nm of peak torque.

Magnite will be offered in four broad trims - XE, XL, XV and XV Premium, and in as many as 20 variants.

There will also be an optional Tech pack on offer at an additional cost which will put in features like wireless charging, ambient lighting and more inside the Magnite.