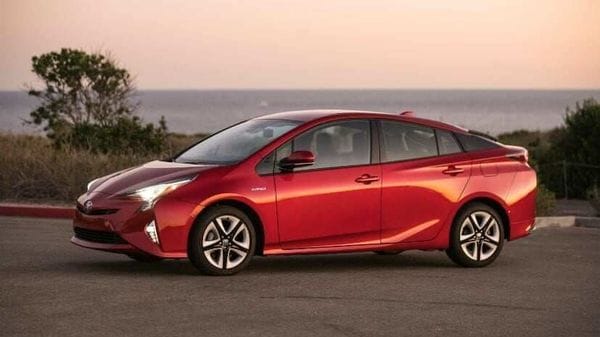 (Also Read: Toyota will build battery plant worth $1.3 billion in US)

The new generation Toyota Prius is expected to be based on the Europe-specific E3 architecture. Also, it would borrow some elements from GA-C used by the Corolla and CR-Z. The upcoming new generation Toyota Prius is expected to get some elements from the automaker's dedicated electric bZ architecture as well. The internal combustion engine vehicle sales ban in Europe and UK are not coming before 2030. Hence, Toyota has enough reasons to bring a hybrid Prius instead of a fully electric version.

Toyota has been selling some popular models with hybrid powertrains for quite a long time. Prius and Camry are two of them. The automaker is known for its inclination towards hybrid powertrain technology over all-electric powertrain. To transform towards greener mobility Toyota is working on a host of new fuel solutions. These include battery electric vehicles, hybrids, plug-in hybrids, fuel cell vehicles etc.

The Toyota Prius made its debut back in 1997. Since then, the carmaker has been updating the Prius every six years. Following the same tradition, the new generation model is being developed for a 2022 launch. It is expected to come with a new generation bipolar nickel-metal hydride battery, which already works under the hood of Toyota Aqua. This new battery technology is claimed to be more efficient and powerful.

Toyota previously launched the Prius in India for a brief period before discontinuing it. It is not known if the car brand will bring the model again in India.