Tata Motors said that the price hike has become inevitable due to rise in commodities, raw material, and other input costs.Earlier, Tata Motors had announced price hike for its commercial vehicles as well.
By : HT Auto Desk
| Updated on: 11 Dec 2021, 08:49 AM 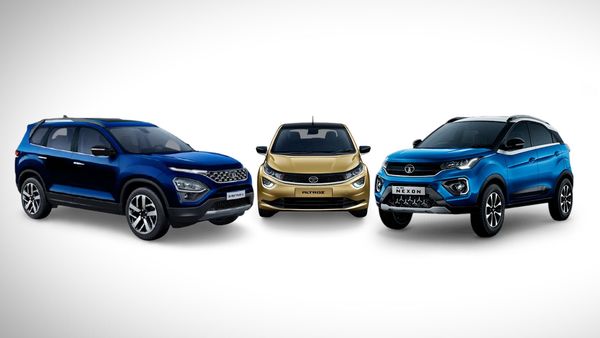 Tata Motors has announced price hike across its portfolio from January 2022.

Tata Motors has announced that prices of all its passenger vehicles available in the market will see a hike from next month. Though the carmaker has not specified the range of the price hike, it said that the increase in price was necessitated by rising input costs.

Shailesh Chandra, President of the Passenger Vehicles Business Unit at Tata Motors, was quoted by news agency PTI saying, “Prices of commodities, raw material, and other input costs continue to rise. The company is compelled to increase prices of its passenger vehicles from January 2022 to offset the increasing cost pressures."

The price hike announcement comes just days after Tata Motors decided to hike price of its commercial vehicles as well. The increase in price of the commercial vehicles, which became necessary due to the same reasons, has been pegged at an average of 2.5 per cent over current prices and effective from January next year.

Even before announcing the price hike for the passenger vehicles, Tata Motors had increased the prices of some of the variants of its three-row SUV Safari. Tata has hiked the prices by up to ₹7,000 for the automatic variants which are available across trims such as XMA, XTA+, XZA, XZA+ 6-seater, XZA+, XZA+ 6-seater Adventure Edition, XZA+ Adventure Edition, XZA+ Gold 6-seater and XZA+ Gold.

Tata Motors is the latest carmaker in India to announce price hike from early next year. Before Tata, other prominent carmakers in India, like Maruti Suzuki, Citroen, Mercedes-Benz and Audi, had also announced increase in the prices of their vehicles from next month. The reason for all these hikes are attributed to the ongoing supply chain issues and rising input costs.