The 2022 Volkswagen Amarok will sport a number of bolder updates to its exterior profile and is likely to be offered in both petrol and diesel engine options.
By : HT Auto Desk
| Updated on: 09 Dec 2021, 12:34 PM 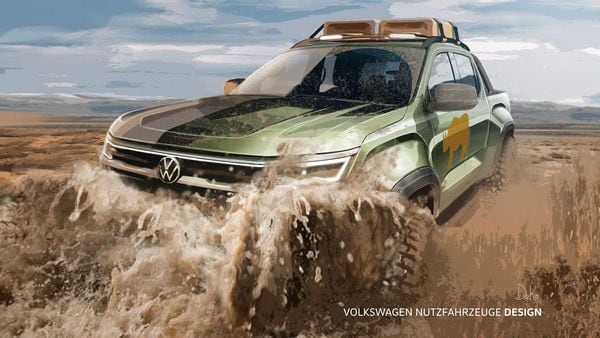 Volkswagen has been known for making vehicles that are typically elegant to look at while also being capable on the move. Fluent lines, straight cuts, upmarket cabin - Volkswagen products are meant for the discerning, at least here in India. The Amarok though has been a rebel. And the updated Amarok may well take its bad boy credentials and push the bar a bit higher. Teaser sketches revealed of the updated midsize pickup show the Volkswagen Amarok frolicking around in water and slush, underlining that this model is still unlike any of its siblings and even a cut apart from the model it will soon replace. 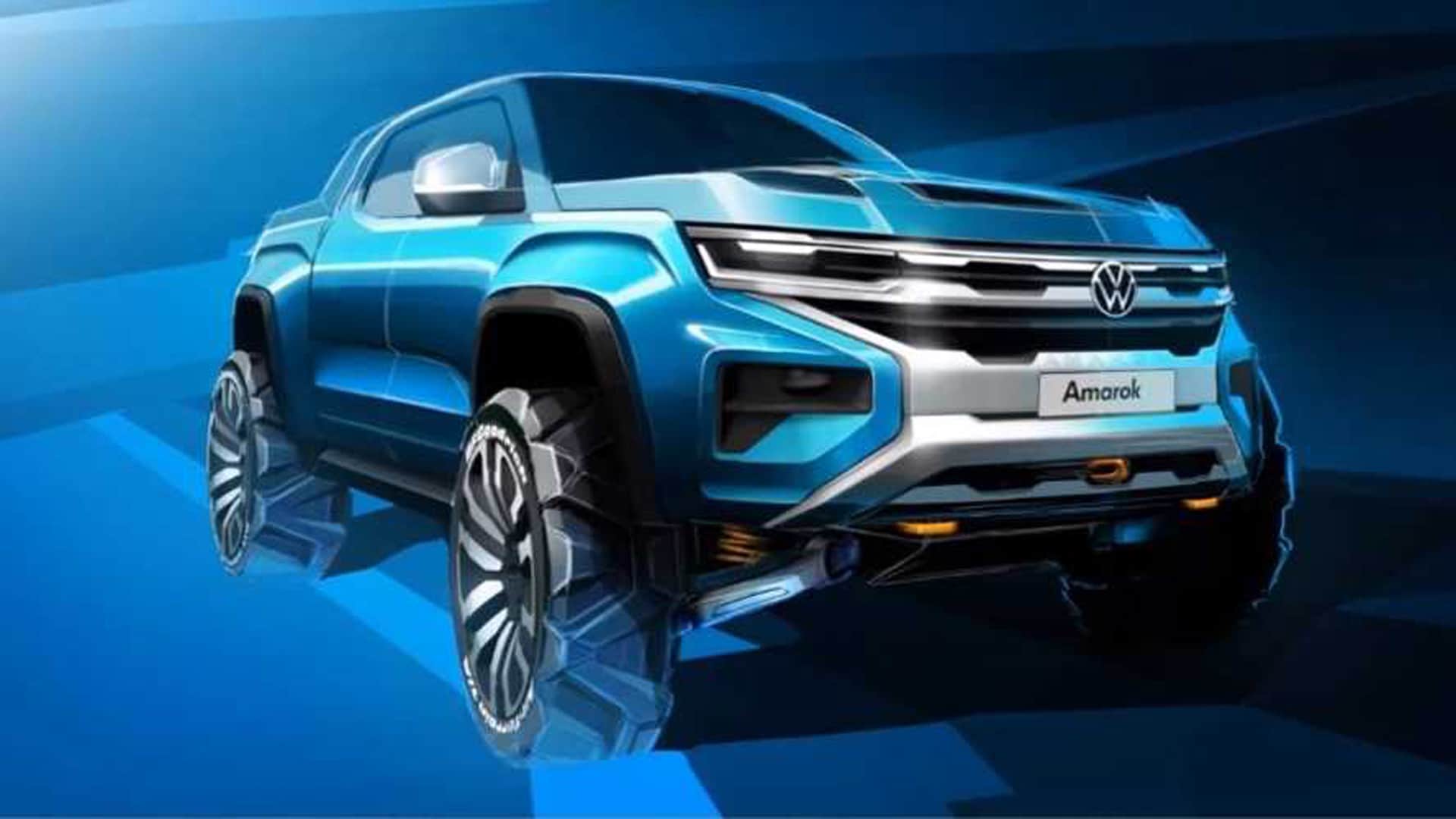 The latest Volkswagen Amarok will have a bolder face than ever before.

Based on the Ford Ranger, the Volkswagen Amarok does have its VW credentials - wide front grille with the company logo in the circular shape, twin creases on the bonnet, stretched character lines on the side. And yet, the teaser sketches also amplifies the rather boistrous visual appeal of the vehicle courtesy dominant front fenders, chunky side body cladding, prominent roof rails, pronounced wheel arches and towing hooks in the front and back.

On the inside too, the Volkswagen Amarok appears to have been designed and built for the outdoors with dark upholstery shade. The main screen is in portrait mode and there are physical buttons visible under it. 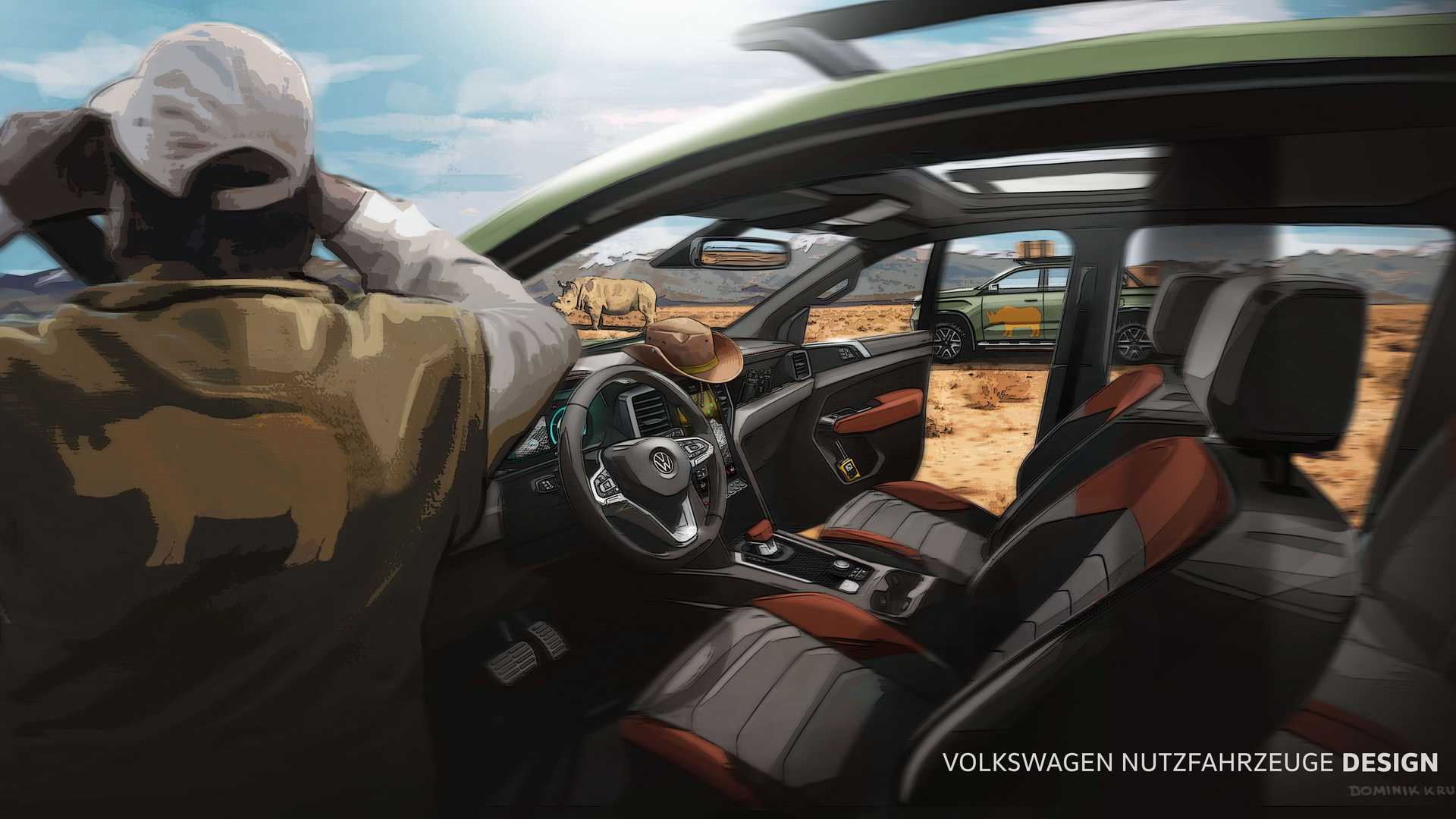 The new Amarok will be manufactured in South Africa.

As far as the powertrain is concerned, the new Amarok will have both petrol and diesel engine options but the specs have not been revealed as yet. Reports suggest the engine options may be mated to a manual gearbox as standard and an optional 10-speed automatic unit.

The official launch of the new Amarok is slated for some time in 2022 and the vehicle will be manufactured in Volkswagen plant in South Africa for markets in South America, Europe and Africa. There is no word yet on a possible US debut to take on the mighty lineup of pick-up trucks already on offer here.