While the W461 Mercedes G-Class has seen action and is used by forces of several countries, the German auto giant reportedly plans to offer a completely new G-Wagen in Europe, one that is more capable than ever before.
By : HT Auto Desk
| Updated on: 04 Oct 2021, 10:48 AM 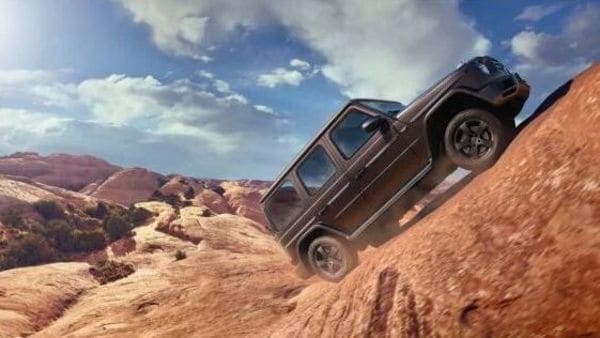 Mercedes G-Wagen has long established itself as an ultra capable SUV that refuses to be bogged down by climatic and terrain challenges while still offering a high level of luxury that is synonymous with the Mercedes brand. According to reports though, it is its drive traits though that may soon be the driving force behind special edition military spec Mercedes G-Wagen that could be offered for non-civilian use.

While the W461 Mercedes G-Class has seen action and is used by forces of several countries, the German auto giant reportedly plans to offer a completely new G-Wagen in Europe, one that is more capable than ever before.

While specs and other details of the new Mercedes G-Wagen for forces is kept confidential for now, it will be exclusively available only for uniformed personnel. It is being touted as a capable machine with far-reaching deployment strategies - from rescue to covert and overt operations. It is further speculated that it will offer around 250 hp and have 660 Nm of torque. The engine will be mated to an eight-speed automatic transmission unit while the payload could see a significant bump up. There may also be a whole new LED head light and DRL unit on the face.

The latest Mercedes G-Wagen with its military specs could well turn into a potential shot in the arm for forces across the world. Several auto giants currently offer very capable vehicles for military use. Toyota has a big say in military-grade vehicles while Kia has made some very noticeable moves in recent past to update vehicles it supplies to South Korean forces. GM Defense is equipping US military with Light Compact Vehicles (LCV) while closer home, Tata Motors and Mahindra are key players in the defense arena as well.