Home Auto Cars News Mg Hector Plus To Soon Receive A Price Hike Of Up To ₹50,000 In India

MG Hector Plus to soon receive a price hike of up to ₹50,000 in India 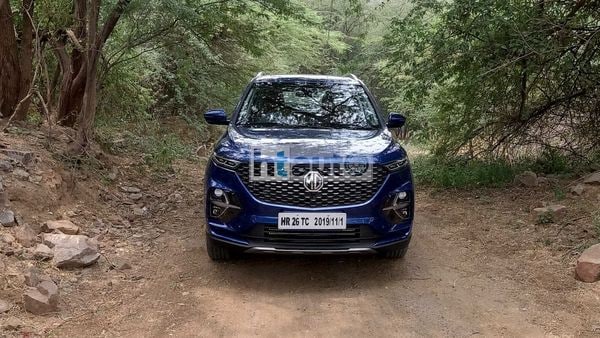 Hector Plus stands similar to the Hector but seeks to create its own unique identity courtesy subtle additions and changes.

Launched almost a month back, MG Motor India is all-set to increase the pricing of the Hector Plus soon. At the time of the launch, the company confirmed that the 6-seater SUV will become costlier in India after August 13.

While the Hector is currently priced in the bracket of ₹13.48 lakh to ₹18.53 lakh (ex-showroom, Delhi), it is going to become costlier by up to ₹50,000. MG followed the same strategy with its Hector SUV when it was launched in India last year.

As the name suggests, the Hector Plus SUV has been developed on the same lines as the Hector. It is simply an extension of its parent model, but for more occupants. It features a similar profile, design and styling but differs in overall dimensions and packs additional comfort oriented features. It is available in six colour options including Candy White, Glaze Red, Starry Black, Burgundy Red, Aurora Silver and Starry Sky Blue.

In terms of mechanicals, the Hector Plus employs two engine options in the form of a 1.5-litre turbo-petrol which delivers 143 PS/250 Nm and a 2.0-litre diesel engine which pushes out 170 PS /350 Nm. Both the powertrains are BS 6-complaint. The transmission options include a 6-speed manual transmission and a DCT unit. The latter is reserved only for the petrol engine.

The Hector Plus rivals the likes of Toyota Innova MPV. The latter sits in a slightly higher segment in a price range of ₹15.66 lakh to ₹23.63 lakh (ex-showroom, Delhi). The company is also planning on to launch a Toyota Fortuner rival in the Indian market soon in the form of Gloster 7-seat SUV. The same was recently caught doing rounds on the public roads in Halol, Gujarat.