MG Hector and Hector Plus become expensive. Here are the new prices 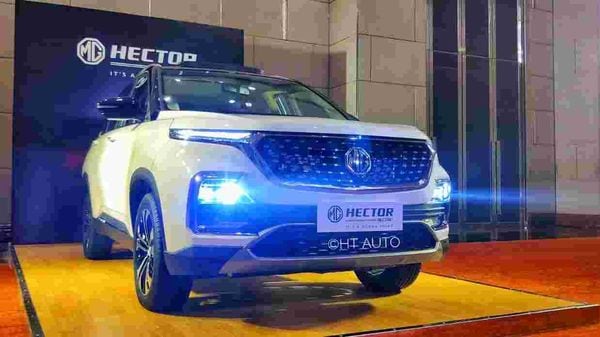 The MG Hector recently received an update in the country.

MG Motor India has silently introduced yet another price hike on its popular Hector and Hector Plus SUVs. This is the second price hike announcement for the year as previously the prices were increased in January by up to 3% owing to a hike in the miscellaneous costs faced by the carmaker.

In January, MG also introduced the updated Hector SUV in India, along with the yearly updated six and seven-seat versions of the Hector Plus.

Coming on to the six-seat Hector Plus model. Similarly, pricing for the lower-spec Style and Super variants on Hector Plus remains unchanged. The Smart MT diesel trim is now costlier by ₹10,000, while the pricing of the same variant in the petrol guise sees no price change.

The top-of-the-line variant has also expensive by ₹10,000 for both petrol as well as diesel variants. Moreover, the Smart MT and Select MT trims on the seven-seat diesel are also dearer by ₹10,000.

Earlier this week, the carmaker announced that it registered a 15% hike in sales last month in comparison to the corresponding month in 2020. MG sold a total of 3602 units last, as against 3130 cars sold in January 2020. (More details here)