MG Gloster is set to enter the premium SUV segment in India and will be launched in October.Gloster will be the fourth product from MG Motor in India, after Hector, ZS EV and Hector Plus.
By : HT Auto Desk
| Updated on: 24 Sep 2020, 02:00 PM 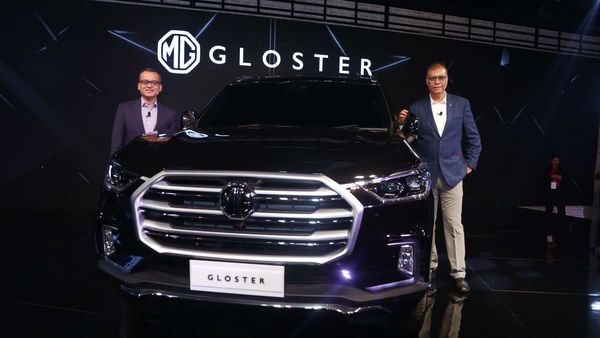 MG Gloster is all set to set the bar higher when it comes to a technologically advanced drive and will become the country's first autonomous (Level 1) premium SUV once officially launched in October. MG Motor India on Thursday opened bookings for the vehicle at ₹1 lakh.

First showcased at Auto Expo 2020 back in February, MG is highlighting Gloster's numerous safety features which include first-in-segment Advanced Driver Assistance System (ADAS) which, while not replacing human eye and driver vigilance, seeks to enhances driving experience and safety. MG underlines that while the driver will remain responsible for safe, vigilant, and attentive driving, the system will play an assistive role.

Gloster will also get on-demand Four-Wheel Drive that extends multiple driving modes available. The terrain modes available include Sand, Snow, Dust and Mud, in addition to the Sport and Eco drive modes.

Powering it all is a 2.0 twin-turbo diesel engine under the hood which makes 218 Ps of power and has 480 Nm of torque.

Being an MG, the Gloster's cabin will also be packed with features which include a 12.3-inch HD touchscreen, segment-first captain seats, 64 color ambient lighting and panoramic sunroof.

Expect MG to price the Gloster aggressively in the premium SUV segment and while speculations suggest that it would lock horns against the likes of Endeavour from Ford and Toyota's Fortuner, the company is targeting the comfort and capabilities of SUVs like Prado.