Mercedes-AMG EQE SUV teased ahead of official debut this week 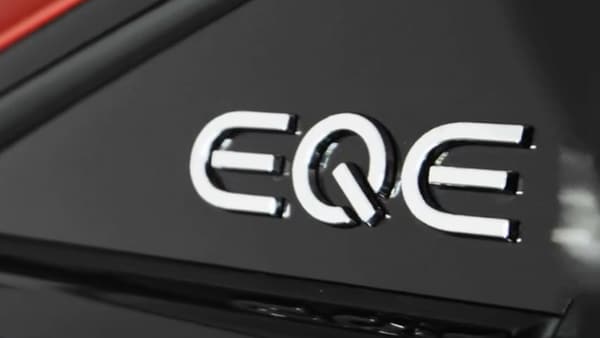 Mercedes-AMG EQE SUV is going to officially make its debut on February 16.

Mercedes-Benz is all set to put more power to its electric SUV EQE when the German carmaker officially unveils the AMG version of the car on February 16. Ahead of its debut, Mercedes teased the AMG EQE SUV on its social media handles, showing some of its features.

Mercedes-AMG EQE is part of the German carmaker's performance car offensive for its electric fleet this year. It will be the second of the six models to come up in 2022. Earlier this year, Mercedes introduced the AMG version of the EQA in January.

The teaser video shows the AMG badging on its black grille with chrome slats besides the EQE badging, signature LED taillights among other features. The mid-size SUV is based on Mercedes-Benz's EVA 2 (Electric Vehicle Architecture) platform.

The MAG version of the EQE is likely to be similar to the EQS SUV, which was unveiled last year as a Maybach-labeled concept car. It will also have certain similarities with the EQE sedan like the design of the bonnet and squarer wheel arches. It is also likely to get a lower ride height, specific rims incorporating AMG-branded brake callipers, as well as new bumpers sporting small fins at the front for the first time.

The AMG EQE is likely to be offered with the same powertrain as the EQS 53. It is likely to get a dual-motor AWD version that can generate 649 hp of power and 948 Nm of peak torque. In overboost mode, the performance is expected to improve to 751 hp of power and a staggering 1,018 Nm of peak torque. As far as the range in concerned, the Mercedes-AMG EQE SUV is expected to return around 600 kms on a single charge at the top of the range.