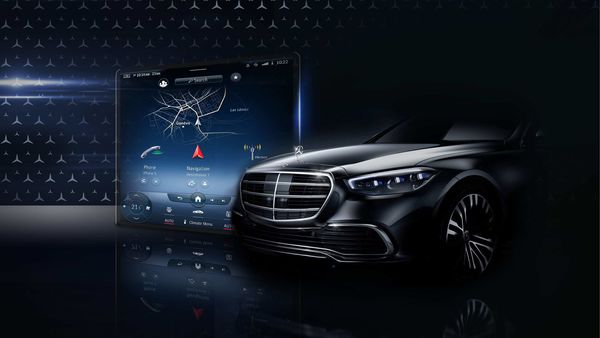 Mercedes-Benz has given a glimpse of what the new S-Class will be like.

Mercedes-Benz has teased the upcoming new 2021 S-Class ahead of its launch on July 8. The new luxury sedan will feature a big new touchscreen display to dominate the dashboard, while the driver will get an augmented reality head-up display.

The launch will happen through a digital premier from Stuttgart, but it will not be fully revealed until September. The carmaker will reveal the new luxury vehicle in three parts starting tomorrow and will reveal the interior fully on August 12. For the time being, the German carmaker has revealed a sneak peek into the features that will be added to the new Mercedes S-Class. The teaser shows only the front of the new S, as well as the first look at the tablet-like MBUX infotainment system.

“The new S-Class is packed with groundbreaking innovations and takes individual mobility in the luxury segment to a whole new level. We developed the Meet the S-Class DIGITAL series to provide media representatives with information on the key highlights in advance of the world premiere," says Katja Bott Head of Global Communications Mercedes-Benz Cars & Vans. “It enhances the successfully established Meet Mercedes DIGITAL news format, which will present other new products and company developments in further episodes published in parallel."

The video shared by Mercedes shows that the dashboard of the new S-Class is dominated by a huge touchscreen. The size of the touchscreen is still not know, but according to reports, it will be of the same size as in Tesla Model X and S models. It will help the driver control the HVAC settings, multimedia, navigation, and other luxury features added in the new S-Class.

Mercedes has also teased a new AR head-up display (HUD) unit, which offers navigation instructions for the driver on the screen. The AR instructions will also appear on the centre infotainment screen. However, looking at the large screen on the dashboard would mean the driver will have to take his eyes off the road to consult navigation suggestions.