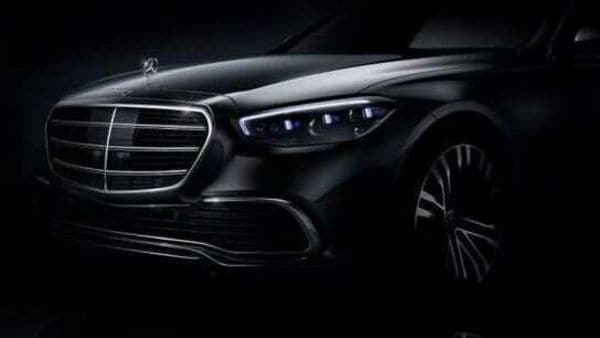 For decades, the Mercedes S-Class has defined the gold standard in luxury sedans, chauffeuring around captains of industry and heads of state. But as more consumers gravitate toward SUVs and electric cars define cutting-edge technology, Daimler AG must prove its flagship remains relevant.

The latest iteration of the S-Class, which the German carmaker presents on Wednesday, will try to please tastes old and new -- offering not just the high-powered combustion variant but also an improved hybrid version and, for the first time, a sleek all-electric sibling sold from next year.

Despite its origins in the 1950s, the S-Class still pulls in major money for Daimler, particularly in China, where the company sells more of the model’s most expensive variant, the Maybach, than anywhere else. Rivals BMW AG and Volkswagen AG’s Audi have long tried to gain a bigger slice of the market but never managed to quite crack Daimler’s dominance.

The stakes for the latest version of the model could hardly be higher. Traditional carmakers are pouring billions of euros into electrifying their fleets while still relying on combustion-powered cars for profits. Tesla Inc., which sells a competing product in the Model S sedan, zoomed past them to become the world’s most valuable car company by far, shrugging off the deepest industry slump in decades triggered by the Covid-19 pandemic.

“The new S-Class has to be the best car in the world in every respect," said Roman Mathyssek, a consultant at Arthur D. Little GmbH. “Nowadays that is more complex than ever before as all the traditional automotive luxury and refinement features need to be cleverly blended with cutting-edge environmental credentials, connectivity and autonomous functions." 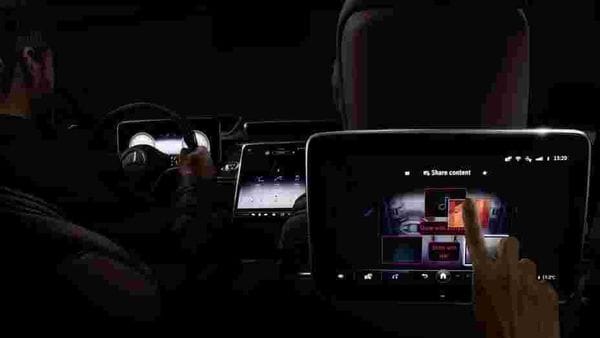 The new Mercedes S-Class will offer half a dozen display units in the cabin. (Photo courtesy: mbusa)

The hybrid model comes with an improved 100-kilometer (62-mile) battery range, and the series features software that enables level-3 autonomous driving, including assisted lane changing and a mechanism that keeps the car at a safe distance from other vehicles. Tesla has been aggressively marketing its self-driving technology, and Chief Executive Officer Elon Musk has said the company is close to achieving the requirements for fully-autonomous driving -- or level-5 -- this year.

Tesla’s shares quintupled this year, valuing the company at $464 billion. Daimler, the world’s bestselling luxury-car maker and biggest commercial-vehicle producer by revenue, is worth $55 billion.

The valuation gap between Tesla and its peers “will remain wide or wider until carmakers have viable electric-vehicle businesses" and can start shedding legacy assets, Jefferies analyst Philippe Houchois said in a report last week.

After the coronavirus outbreak shuttered factories and showrooms, Daimler CEO Ola Kallenius expanded a restructuring push to restore earnings. While Mercedes has maintained its sales lead over BMW and Audi in recent years, underlying profits deteriorated due to regulatory costs, ballooning expenses for new technology and poor efficiency.

The Stuttgart-based manufacturer plans to cut more than 15,000 jobs worldwide and Kallenius pledged to put a stronger focus on larger luxury cars like the S-Class or the GLE SUV to lift returns.

Defending their strong presence in the luxury-car segment during the accelerating shift toward electric cars will be key for German manufacturers to compete in the future, said Bankhaus Metzler analyst Juergen Pieper.

“It’s interesting to see that after years of various efforts to become more efficient, Kallenius and his new team now really seem to start changing things from scratch," Pieper said.