Mercedes may have plans of electric AMG to rival Porsche, Tesla

Mercedes has a determined intent of taking the EV world by storm and has time and again underlined its commitment towards sustainable luxury.
By : HT Auto Desk
| Updated on: 26 Oct 2020, 09:06 AM 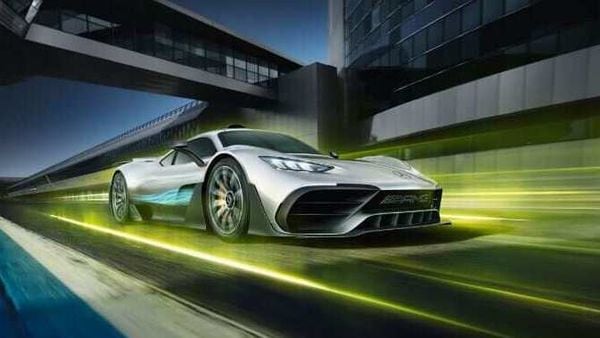 Mercedes-AMG One is a plug-in hybrid that is in early stages of development.

An electric AMG may sound like a contradiction to purists, perhaps even blasphemous of sorts and yet, Mercedes may equip its much-acclaimed sports cars with an electric heart in the times to come if it wishes to keep pace with the performance capabilities of the likes of Porsche Taycan EV and Tesla models. While the company has remain tight-lipped about an EV sports car from its stable, its focus and emphasis on expanding its EV product portfolio has long been established and future investments in the EV ecosystem may just include its sports cars as well.

Rumour mills have been buzzing across the world about Mercedes possibly bring electric power to its sports cars in order to challenge the likes of Porsche and Tesla. And while some iconic sports car brands like Ferrari have clearly negated the possibility of putting a battery in its offerings - at least for now, the performance capabilities of several EV products from rivals has shown that traditional sports cars may be under threat.

Mercedes has a determined intent of taking the EV world by storm and has time and again underlined its commitment towards 'sustainable luxury'. It recently launched EQC - its first all-electric offering - in several markets, including India. And now it is reportedly looking at bringing out the EQS int the US market.

The German luxury and performance car brand has rolled out its 'Ambition 2039' and has an ambition of having a carbon-neutral new passenger car fleet in 20 years. Market watchers say that to achieve this, Mercedes will also have to focus on its AMG lineup of cars and bring in battery-powered technology here.

It isn't as if Mercedes has not dived a bit into this space at all. The plug-in hybrid Mercedes-AMG One supercar has been revealed and even if it is in very early stages of development. Harald Wilhelm, Daimler's CFO, recently told Bloomberg Television that having a strong product portfolio means everything is a possibility. "We have a very comprehensive product portfolio, including very attractive sports cars, and sports cars will go electric as well," he reportedly said.

As such, purists may find reasons to complain about if performance cars do go electric. The roar, the grunt and the grit of a performance engine may be missed but as far as the sheer capabilities of these supercars go, electric power may only enhance the statistics.