Mercedes F1 team admits that there is a lack of diversity in its own workforce and says that the black livery is also a pledge to bring about a change in this aspect.
By : HT Auto Desk
| Updated on: 29 Jun 2020, 04:56 PM 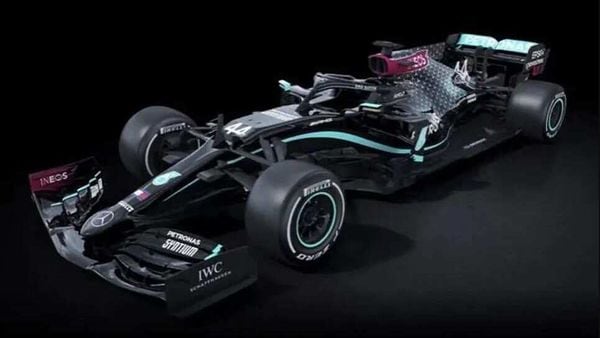 Mercedes F1 2020 cars will prominently display messages in support of fight against racism and discrimination.

In a bold statement of intent, Mercedes F1 team has unveiled the 2020 race car in all-black base livery in support to fight racism around the world. In an official tweet, the team said that it is 'committed to fighting against racism and discrimination.'

Star driver and six-time Formula One world champion Lewis Hamilton has been very vocal about his feelings towards the 'Black Lives Matter' movement, urging fellow drivers and teams to also speak out. There's little surprise then that his F1 team also decided to re-affirm its support and send a message through the car for the 2020 season about racial equality. "When Formula One returns to racing this weekend in Austria, it will do so in a world that has changed profoundly since the teams last gathered in Melbourne in early March," a statement from the team read, highlighting the sports' united response against Covid-19 before referring to the movement for racial equality. "The Black Lives Matter movement has shone a searching light on how much we need new measures and actions in the fight against racism and all forms of discrimination. As a team, we have used the past weeks to listen to the perspectives of our team members, to learn and to reflect on our team as it is today and how we want it to be in the future."

Mercedes F1 team admitted that it also needs to look within when it speaks about representation. "We prize the contribution of every individual, and our team members tell us that the experience within our team is an inclusive one. But in our organisation, just three per cent of our workforce identify as belonging to minority ethnic groups and only 12% of our employees are women. This lack of diversity shows that we need to find new approaches to attract talent from many areas of society we do not currently reach."

The black base livery, therefore, also becomes a pledge taken by the team to improve diversity of its own workforce. "The call to ‘End Racism’ will feature on the halo of both cars, and the united F1 initiative #WeRaceAsOne will be featured on the mirrors of the W11," the statement further reads, adding that a Diversity and Inclusion program will be announced before the end of the season.

F1 cars will roar back to the track in the upcoming weekend in Austria after the starting races had to be pushed back or canceled due to Covid-19 pandemic. Eight races have been confirmed for the season so far.