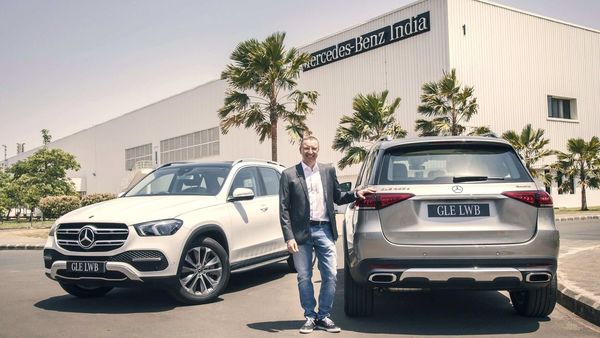 Both GLE 450 4MATIC LWB and 400 d 4MATIC LWB are powered by BS 6 in-line six-cylinder engines. While the petrol variant has maximum power output of 367 hp and peak torque figures of 500 Nm, Mercedes has also introduced EQ boost technology for the first time in an SUV in India. This adds another 22 hp to the total power output of 450 4MATIC. The SUV races to the 100kmph mark in just 5.7 seconds.

The diesel variant takes the exact same time to hit 100 kmph and offers 330 hp of max power and peak torque of 700 Nm. It is touted as the most powerful diesel engine in the history of Mercedes-Benz.

Both variants come wit a host of safety features which include seven airbags while Active Brake Assist and Blind Spot Assist are standard across variants.

Martin Schwenk, MD and CEO at Mercedes-Benz India, is of the opinion that the two top variants will further bolster the presence of GLE on Indian roads. "The new GLE LWB has already excited the market and has a 3 months waiting period. With the introduction of a petrol model, we expect it to further drive its popularity and cater to the requirements of those customers who waited for a petrol model," he said.