Speaking to HT Auto, Martin Schwenk of Mercedes-Benz India explains that one cannot not expect delays in new launches after temporary shutdowns for more than 2 months.Schwenk says it is not just about launches but selling the new cars as well. 'We have a ramp up of product, of factory, of society.'
By : Shubhodeep Chakravarty
| Updated on: 28 May 2020, 11:37 AM 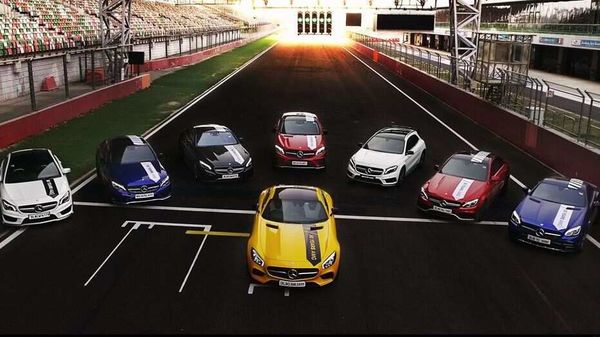 While Mercedes-Benz looks at further strengthening its AMG portfolio in India, the company is also looking at coming good on other products on the cards even if there could be some delay and reshuffling of launch sequence.

On a day when the company roared into two AMG models in the country in a show of intent, Mercedes-Benz India also underlined that it remains on track for all other product launches that were slated for the year, even if Covid-19-related circumstances may possibly cause delays. Speaking to HT Auto on Wednesday, Martin Schwenk - MD and CEO, highlighted that strengthening the company's product portfolio with the right cars would be a solid way to punch forward.

Mercedes launched AMG C 63 Coupe and AMG GT R at ₹1.33 crore* and ₹2.48 crore*, respectively. Built for the racetrack, both cars promise to keep speed enthusiasts interested and engaged. And while the cars may be lightening quick, the Indian auto market's revival may be anything but. Schwenk is well aware of the ground realities but he said there are no change to plans of a product offensive from Mercedes in the country. 'Things get a little more complicated under the current scenario obviously but every product decision we have taken will happen. So, we will launch all our products we have planned. However, we will have some delays and some reshuffling of sequence,' he said. 'In the imported cars as well as in the locally-produced cars, we want to have a right match between the supply and what we want to have in the market.'

Highlighting how the EQC - the company's foray into the world of electric mobility - was meant to launch in April, Schwenk further elaborated on the prevailing situation. 'When it comes to the EQC, it was planned to be launched in April before. (With this) disruption (Covid-19 and lockdown) means that the cars could not come to us. And we just don't want to have three, four or five cars, we want to really start selling this model. So you need to bring the launch to where the supply would be,' he said, adding that supply lines for GLE, GLS and the likes are secured. 'We are more or less on track with the launch scenarios of these cars. But you cannot go three months or two and a half months basically out of business and expect that everything is faster than before. That won't be the case.'

Some of the cars that the German auto giant has lined up for India this year includes GLS 2020, GLA 2020 and the A-Class Limousine which had been showcased at Auto Expo 2020.

With the Indian economy wading through troubled waters, the question is if the prevailing situation will particularly impact the luxury car segment here. Schwenk feels the segment isn't likely to fare much differently than all other segments in the automotive industry. 'I think we (luxury car segment) are not completely different from the overall economy in the end. With our cars, we will have traction, we will sell and we will perform at least, I am confident, to what the industry can do,' he said, adding that even in 2019 when the automotive industry stuttered, Mercedes-Benz managed to perform better than most others. 'We have relatively new products. GLC facelift, GLE (facelift) only launched recently and there are back orders with more new cars to enter the market. There will be some purchase deferral (but) at the end, wishes of people have not changed.'

It is perhaps to ensure that people are able to make their wishes of a luxury vehicle come true even in current times that Mercedes also announced 'Wishbox 2.0' under which it is now extending several finance options to entice these customers. Schwenk is relatively optimistic that this and factors such as new car launches, making use of digital platforms and the primary need to travel will once again usher in better days in the times to come.