The new Mercedes-AMG C 63 Coupe is even cheaper than the previous-gen model which was on sale in India until early 2019.Moreover, its fastest production car, the AMG-GT R has been given a bunch of new updates along with a minor price hike.
By : Prashant Singh
| Updated on: 27 May 2020, 01:58 PM 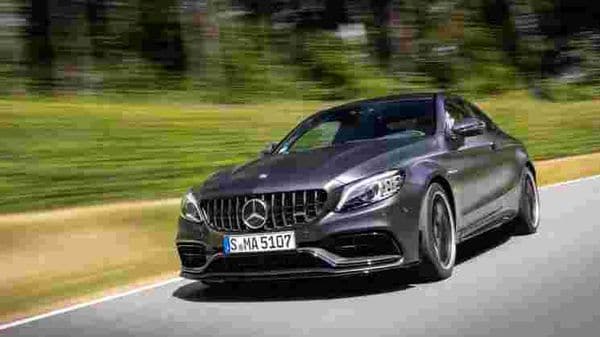 The new C 63 Coupe is even cheaper than the previous-gen model which was on sale in India until early 2019 and was priced at ₹1.60 crore.

The Coupe gets the AMG’s signature 'Panamericana' grille up front which makes it look even classier. Its glossy black front bumper houses enlarged air vents on the extreme ends, while a more sculpted and muscular looking bonnet highlights its raw instincts. Over the sides, the blacked-out 18-inch alloy wheels give it a sportier look which is further complemented by the blacked-out lip spoiler over the boot.

The true highlight of the C 63 Coupe is its 4.0-litre, V8 bi-turbo powertrain which has been tuned to produce 476 PS of maximum power and 650 Nm of peak torque. The power is transmitted to the rear wheels thanks to AMG’s 9-speed torque convertor automatic gearbox. It is capable of hitting 0-100 kmph mark in just 4 seconds and has an electronically limited top-speed of 250 kmph. For the record, there's an even more powerful version of the car which retails in the international markets, it employs the same V8 engine and generates 510 PS and 700 Nm.

Its features and equipment list includes a 12.3-inch all-digital instrument cluster which has three AMG specific displays - Supersport, Sporty and Classic, wireless phone charger, a 9-speaker sound system with a 225W amplifier, AMG-spec drive and traction modes and AMG Ride Control along with a variable suspension setup. In addition to this, it also gets bits like active parking assist and ventilated AMG sport seats.

The Mercedes-AMG C 63 Coupe doesn't have a direct rival in the Indian market (until the next-gen BMW M3 arrives). 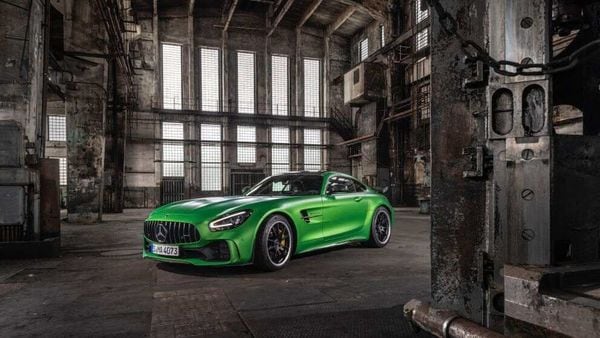 For 2020, Mercedes-Benz has added a number of updates to its fastest production car such as tweaked LED headlights/ tail-lights, re-designed rear-diffuser and exhaust, a 12.3-inch digital instrument cluster and a 10.25-inch infotainment system as well as a new steering.

The AMG GT R gets the same 4.0-litre V8 engine which delivers 585 PS and 700 Nm of torque. The engine comes hooked to a 7-speed dual-clutch automatic gearbox which comes as standard. The super car is capable of hitting 0 to 100 kmph in just 3.6 seconds and has a top-speed of 318 kmph.

As against the previous model, the pricing has increased by ₹27 lakh. It is now priced at ₹2.48 crore*.