Home Auto Cars News Meet City Transformer, A Small Ev That Can Change Its Width On The Go

Meet City Transformer, a small EV that can change its width on the go 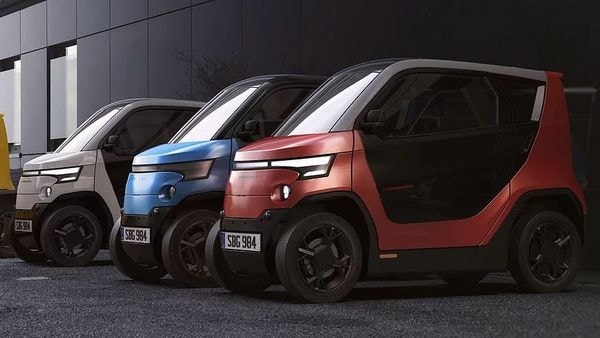 The City Transformer can change its dimensions on the go.

The IAA 2021 might be missing the presence of some major global auto brands, but the event is unique indeed. While Mercedes-Benz, BMW has brought their exclusive products at the event, the show has seen some interesting debuts from newcomers as well.

One such is the City Transformer, an electric small city car that can change its width. Yes, just like the Transformer movie robots.

The manufacturer claims that the City Transformer small EV has the ability to change its width between 39.4 inches and 55.1 inches. By changing its width, the small electric car can adjust itself to become agile.

The width changing activities are performed by Active Width Adjustment technology onboard the EV. This helps the EV to reduce or expand its footprint according to the requirement.

According to research, 85% of the time people take out their cars to commute in and around the cities. The usual speeds remain up to 24 kmph during city commuting. This is majorly due to the huge traffic congestion in cities. The City Transformer can manoeuvre through the traffic by changing its width according to the need.

While sometimes, it can run as a car, with the wheels tucked in, the EV can manoeuvre itself as a two-wheeler through the dense traffic. The City Mode allows the car to run in a narrow form allowing it to fit in a small parking space. The Performance Mode results in expanded front and rear tracks allowing better handling.

Speaking about its design, it gets an LED lighting package, tiny overhangs, panoramic sunroof, scissor doors and a two-seater cabin.

Speaking about its power source, the City Transformer gets two electric motors fitted to each axle. Combined, the electric powertrain is capable of producing 20 hp of power. The lightweight electric car can sprint to 0-50 kph in 5 seconds. It has a range of up to 180 km on a single charge. The car gets fast charging technology allowing the battery to be charged 80% in 30 minutes.

The company has already started accepting bookings for the EV. The company claims this EV will be available initially at $14,845 and later at $19,002.