Maruti Suzuki is currently the leader in small car segment with at least four models being the bests-selling vehicles in the country.
By : HT Auto Desk
| Updated on: 01 Jun 2022, 08:24 AM 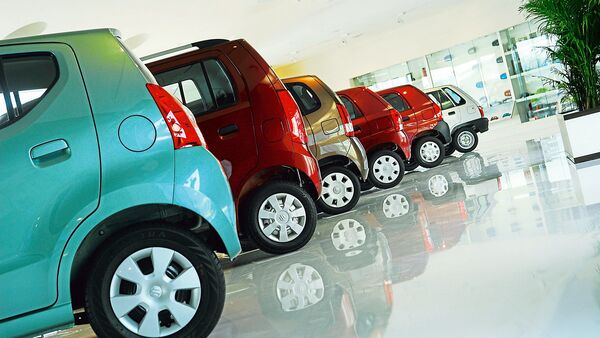 India's largest carmaker Maruti Suzuki, which also happens to be the undisputed leader in the small car segment, has urged the Centre to rethink its proposal to make it mandatory to use 6 airbags in all cars. The proposal, which is yet to be transformed into a rule, aims to enhance safety for passengers on Indian roads. However, Maruti Suzuki thinks it may not be a practical idea to fit in as many as six airbags inside small cars.

Maruti Suzuki is leading the four-wheeler segment in India thanks to its widely popular range of small cars. It offers small cars like the Alto, WagonR, Swift, Baleno, Celerio and SPresso. At least four of these cars regularly feature as the top-selling models in India almost every month and contributes a major part of Maruti Suzuki's sales in India.

Maruti was reacting to the proposed norm of installing at least 6 airbags in all cars that can carry 8 people on board. If approved, the new norm will kick in from October. The carmaker thinks that amid a downslide in small car business, the new norm could mean a spike in prices of such cars and may shrink the number of buyers further in coming days.

RC Bhargava, Chairman at Maruti Suzuki, was quoted by news agency PTI saying, "It could be in the range of ₹20,000-25,000, which for a small car buyer is a lot of money," as he explained what sort of price increase the carmaker is expecting if 6 airbags need to be added in a small car. He added, "I think, we will be among the first countries to do that...so we in the industry think that it is not the right time to bring six airbag regulations. We would like the government to reconsider this matter.

Bhargava said that the price of small cars had to be increased in last few years due to several regulatory norms, like the BS 6 emission rule. In recent past, rising input costs have also contributed to hike in price of vehicles across the industry. Bhargava thinks the spike in price will deter two-wheeler owners to upgrade to a four-wheeler and it will impact business, especially in the non-metro cities across India.

"So, the fear is that due to this (six airbags) the market will become smaller. The car manufacturing sector is important because it is a big creator of employment. When the car sells in the market it creates many jobs -- drivers, maintenance, repairs, accessories etc. If the car market does not grow like what has been happening in the last three years it will have an adverse effect on job creation and economic growth," Bhargava was quoted by PTI.

Maruti Suzuki currently has a market share of more than 70 percent in the hatchback segment in India. Among other players in this segment is Hyundai Motor, Tata Motors, Honda, Renault.