Maruti Suzuki Dzire, the best-selling sedan in India, is expected to expand its range with the addition of a CNG version in coming days.
By : HT Auto Desk
| Updated on: 07 Mar 2022, 02:43 PM 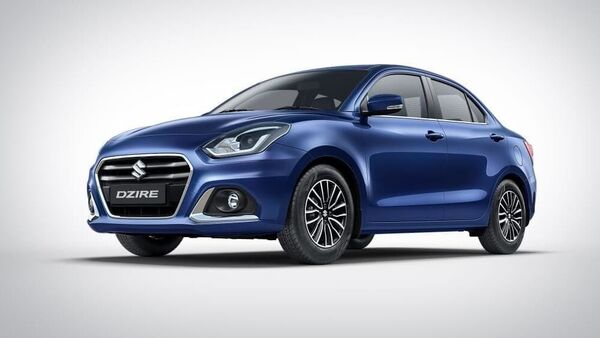 Maruti Suzuki Dzire, the best-selling sedan in India, is expected to expand its range with the addition of a CNG version in coming days.

After Celerio, Maruti Suzuki is likely to drive in yet another CNG model to India soon. India's largest carmaker is reportedly planning to launch the CNG version of Dzire sub-compact sedan. According to reports, some of the Maruti dealers have started to take bookings of Dzire CNG have and that the company has already started dealer training in its showrooms.

Earlier, Maruti Suzuki launched the CNG version of the Celerio last month. The CNG version was added to the new generation Celerio's range within months of its launch.

Maruti Dzire is currently India's best-selling sedan. With more than 10,000 units sold every month, Dzire competes in the sub-compact sedan segment rivalling the likes of Hyundai Aura, Tata Tigor and Honda Amaze among others. In February, Maruti sold 17,438 units of Dzire with an impressive year-on-year growth of 46.5 percent.

The CNG version of the Dzire sedan has already been spotted during testing. The DZire CNG variant is likely to come powered with a 1.2-litre, K12M VVT petrol engine paired with a CNG kit which would generate 71bhp power and 95Nm of torque.

Once launched, the Dzire CNG version will take on the likes of Tata Tigor and Hyundai Aura, which are priced at ₹8.29 lakh and ₹7.74 lakh, respectively. The existing models of DZire is available in the market with only petrol engines and are priced between ₹6.09 lakh and ₹9.13 lakh.

According to reports, Maruti Suzuki is also likely to bring CNG variants of the Swift hatchback and Vitara Brezza subcompact SUV in the market soon. The new Brezza is likely to get major changes inside and outside along with a new 6-speed torque converter automatic gearbox. The 2022 Maruti Brezza could also be offered with a hybrid system instead of the existing mild hybrid technology. It is likely to be packed with several segment-first features.

(Also read this article in Hindi)