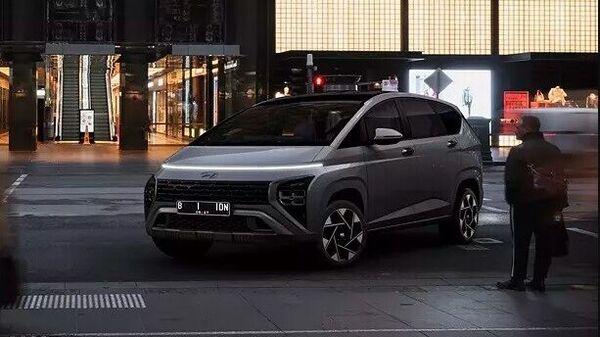 The Hyundai Stargazer gets a very Staria-inspired front fascia.

Hyundai has globally revealed the all-new ‘Stargazer’ MPV which is also rumoured to come to India as a direct rival to the Maruti Ertiga and Kia Carens. The new Stargazer will first go on sale in Indonesia followed by the other markets.

On the outside, the Hyundai Stargazer gets a very Staria-inspired front fascia. For the record, the Hyundai Staria is a large-sized luxury MPV that is sold in the international markets. The Stargazer features very modern-looking full-width horizontal LED DRLs across the bonnet line. Down below sits a front grille with a rectangular pattern that is flanked by LED headlamps positioned vertically. At the rear, the new Stargazer gets matching vertical tail lamps which are connected on the tailgate by a light stripe forming an ‘H’. 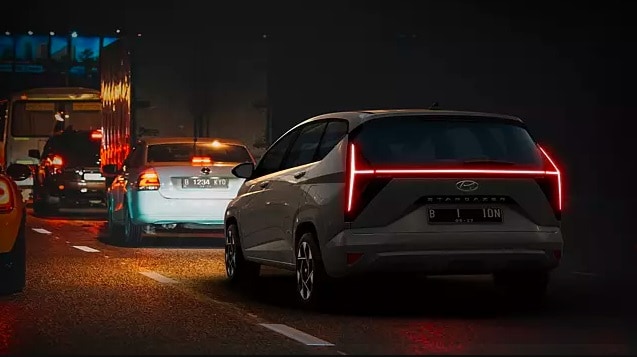 Inside the cabin, the Hyundai Stargazer gets a six-seat layout with captain seats in the middle row. The overall cabin has been designed for maximum comfort and convenience, says Hyundai. Some of the key cabin feature highlights inside the Stargazer include an eight-inch touchscreen infotainment system, a digital instrument cluster, a wireless charger, and roof-mounted aircon vents for rear passengers. In addition to that, practicality inside the car is enhanced by a foldable tray behind the driver seat, cup holders, and seatback pockets.

Hyundai has equipped the Stargazer with some fairly modern safety features such as forward-collision avoidance, rear cross-traffic collision avoidance, lane-keep assist, and blind-spot collision avoidance assist. In addition to this, the MPV has also been offered with the company's patent BlueLink connected car features which include remote engine start/stop, door lock/unlock, and AC on/off.

In Indonesia, the car has been offered with a single powertrain option of 1.5-litre petrol engine that is known to deliver 113bhp of maximum power and 144Nm of peak torque. The engine comes married to a CVT and a six-speed manual gearbox.

While there is no official confirmation from Hyundai Motor India on the arrival of the Stargazer in the country, however, if it does, it will rub shoulders with cars such as the Kia Carens, Maruti Suzuki XL6, and Toyota Innova Crysta.