Maruti Ciaz is Toyota Belta in this market. Check out details

The new Toyota Belta sedan comes out as a rebranded version of the Maruti Ciaz sold in the Indian market.The Middle East-spec Toyota Belta has been offered as a left-hand-drive (LHD) variant.
By : Prashant Singh
| Updated on: 19 Nov 2021, 06:41 PM 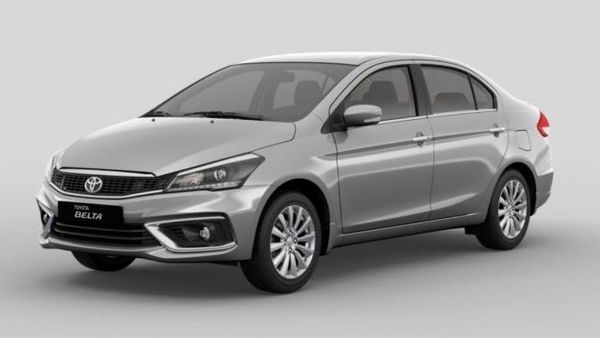 The new Toyota Belta sedan features the same mechanicals, features list, and even the design found on the Ciaz sedan.

Toyota has officially revealed the Maruti Suzuki Ciaz-based Belta sedan for the market of the Middle East. The new sedan basically comes out as a rebranded version of the Ciaz sedan that is sold in the Indian market.

For the record, Toyota has previously also launched rebranded Maruti cars in the Indian as well as South African markets. The company has introduced the Maruti Baleno as the Glanza and Maruti Vitara Brezza as the Urban Cruiser in the country. Similarly, the company has repeated the route with its new Belta sedan.

The new Belta sedan features the same mechanicals, features list, and even the design found on the Ciaz sedan, while the only major change on the model is seen in the form of the rebranding done inside out. The new Toyota logo can be found on the front grille, boot as well as steering wheel of the car. On the other hand, the new Belta hasn't received the updated front-end design found in the case of the Toyota Urban Cruiser.

Under the hood, the car carries the same 1.5-litre, four-cylinder petrol engine as found on the Maruti counterpart. This engine has been rated to deliver 105hp of maximum power and 138Nm peak torque. The engine comes mated to a 4-speed torque converter automatic gearbox option.

The Middle East-spec Toyota Belta has been offered as a left-hand-drive (LHD) variant, while the Indian-spec model will be a right-hand-drive (RHD) model. The car is also expected to be launched in the Indian market within the next few months as the company has already pulled out the Yaris sedan recently. Needless to say, Belta will benefit from the discontinuation of Yaris in India.