Mahindra XUV500 to Scorpio: After Thar SUV, Mahindra may have 5 new launches

Among the five new vehicles, Mahindra is likely to launch two electric vehicles as well.Mahindra eKUV100, which was showcased during Auto Expo 2020, may finally arrive in markets early next year.
By : HT Auto Desk
| Updated on: 23 Nov 2020, 10:18 AM 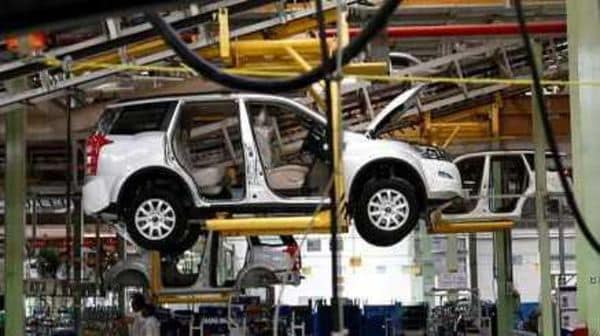 A Mahindra XUV500 is pictured at the assembly line inside the company's manufacturing plant in Chakan, India. (File photo)

Mahindra and Mahindra has created quite a buzz with the new generation Thar SUV that launched in October this year. The iconic off-roader has already garnered over 20,000 bookings so far. The carmaker is now gearing up for further launches that are expected to take place some time next year. The list also includes two electric vehicles. One of them has already been showcased in February this year during Auto Expo 2020.

Among the new offerings from Mahindra, one of the most anticipated is the new XUV500. The facelift version of the XUV500 SUV has been waiting in the wings for some time now. Mahindra is expected to add a petrol engine to the SUV in the new generation and is likely to be mated to both manual and automatic transmissions.

The two electric vehicles from Mahindra stable yet to be launched are the eKUV100 and the XUV300 electric SUV. The eKUV100 SUV was showcased during the Auto Expo earlier this year. The company had also announced the price of eKUV100, which starts at ₹8.25 lakh (ex-showroom Delhi). The car has been equipped with a liquid cooled battery pack, auto transmission, fast charge and remote connections. The production and sale of eKUV100 has been pushed back to due to the coronavirus pandemic. However, the company is likely to start the process early next year.

On the other hand, there is no confirmation on the launch of the electric version of Mahindra’s popular sub-compact SUV XUV300. The SUV has been spotted a number of times testing on Indian roads. It is likely to be based on Mahindra’s new EV powertrain MESMA 350 and is likely to return a mileage of 350 kms in single charge. Mahindra XUV300 was named the safest car on Indian roads between 2014 and 2020 by global car safety ratings agency Global NCAP.

The new generation Mahindra Scorpio SUV, one of its oldest existing models in India, is also set to get an upgrade next year. Just like the XUV500 SUV, Scorpio is all set to receive a petrol engine too, most likely the new 2.2L mStallion turbocharged engine that powers the new Mahindra Thar as well. It is expected to be mated to both manual and automatic transmissions. The launch is expected in the second half of next year.

Another Mahindra SUV that is set to return in a BS6 avatar is the TUV300. Apart from a new BS6 engine, the TUV300 is likely to get minor design tweaks on the inside and exterior.