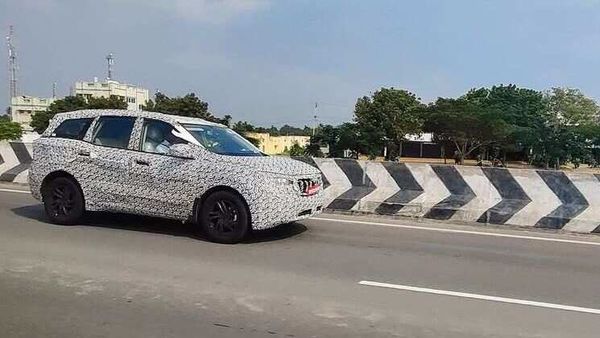 Looks like development of the next-gen Mahindra XUV500 is close to reaching its final stages and now the car has been spotted getting tested on the public roads (once again) in the clearest images seen yet. Though the camouflage still remains nicely enacted on the prototype, the images are clear enough to delineate the updated looks of the next-generation car.

The 2021 XUV500 will be underpinned by a new platform though it will retain the monocoque chassis set-up. It is evident from the spy images that the new-gen model will grow in size and cabin space is also expected to go up, especially in the last row.

The new XUV500 will sport a completely new front fascia with tweaked set of headlamps, new DRLs, re-profiled front bumper and and a muscular front hood. Over the rear, there will be a new set of tail lamps which will most likely be LEDs. Also, the tailgate will be redesigned and will sit slightly more raked than before, lending it a more hunched look. Overall, it will draw inspiration from the Mahindra Funster concept which broke cover at the 2020 Auto Expo.

The 2021 XUV500 will be underpinned by a new platform though it will retain the monocoque chassis set-up. Image Courtesy: Facebook Group/Rushlane Spylane/Roshan Gopalakrishnan

A set of previous spy images suggest that the new XUV500 will feature dual digital displays for the instrument console and infotainment system, something similar to the Mercedes-Benz-esque fashion. Moreover, a huge technological jump forward will be seen in the form of addition of Level 1 Advanced Driver Assistance System (ADAS). For the record, MG Gloster is the first-in-the-segment to have this feature; and if rumors are anything to go by, XUV500 could become the most affordable car to get this feature.

(Also Read: Mahindra ready to deliver 500 units of Thar 2020 over this weekend)

Under the hood, the new XUV500 will carry over the current 2.2-litre mHawk diesel engine, also the 2.0-litre mStallion turbo petrol engine found on the new new Thar will may also be seen on the upcoming car. The transmission options may include a 6-speed manual and 6-speed torque convertor transmission options.