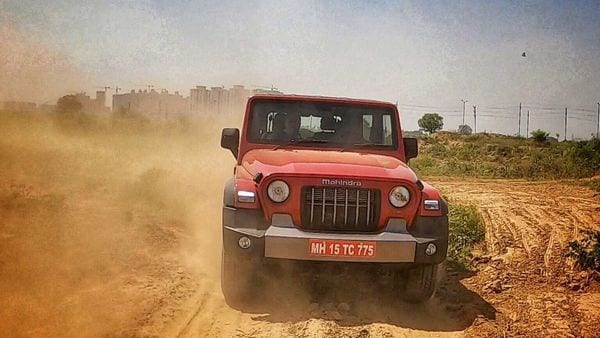 Mahindra has launched the new Thar SUV at a starting price of ₹9.80 lakh.

Mahindra Thar 2020 has been a rousing success since its official launch on October 2 and its waiting period, for some variants, stretches to around seven months. But Mahindra has assured it is ramping up production capabilities and also began the process of delivering as many as 500 units of Thar 2020 to customers over this weekend.

While deliveries of Thar 2020 began from November 1, Mahindra is looking at putting out 500 units of the all-capable vehicle in just one weekend starting Saturday. The car maker further informed that these deliveries are based on the sequence of bookings received for the variants that are available.

Additionally, a customer connect process has also been put in place to keep buyers informed of delivery scheduled and dates, and keep them informed of delays, if any at all.

While the car maker did expect the new Thar to do well, the high demand may have left even Mahindra surprised. "We are delighted to mark the onset of Diwali festivities by delivering 500 All-New Thars across the country. As we kickstart our deliveries, I would like to assure our customers of a timely and seamless delivery, going forward," said Veejay Nakra, CEO – Automotive Division, Mahindra and Mahindra.

Nakra had previously said that it was initially planned to roll out 2,000 units of Thar from the plant in Nasik but that this figure will be hiked to 3,000 by January.

The bulk of the demand is coming in for the LX variant of Thar 2020 with many preferring the petrol automatic. The SUV is also available with a diesel engine and with manual transmission. That it remains a capable off-roader does play to its strength but the new Thar has now also become an attractive proposition for the lifestyle buyer who may put it through its paces within city limits on a daily basis. As such, the plethora of options, a long list of features and stylish looks all combine to make this vehicle stand out.

The second-generation Thar is pinned on a completely new ladder-frame chassis and gets soft-top, hard-top and convertible rooftop as options.