Mahindra Bolero Neo comes as a rebadged and updated version of TUV300 but claims to offer the same trusty drive capability that Bolero is known for.Mahindra Bolero Neo is available in four variants - N4, N8 N10 and N10(O).
By : HT Auto Desk
| Updated on: 20 Jul 2021, 10:08 AM

Mahindra Bolero Neo looks at having the same rugged drive character as that of the Bolero (right).

Mahindra Bolero Neo is the latest sub-compact SUV to join a long list of vehicles in this passenger vehicle segment. And while the Bolero Neo may not be heavy on the feature list as some of its rivals, it claims to have the rugged drive traits of the trusty Bolero that it is based on. With its design similarities with the TUV300, it is looking at being a preferred option for young customers and those in Tier II and III cities.

Mahindra Bolero Neo looks like an updated TUV300 with a new name. It actually brings back the discontinued TUV300 to the brand's portfolio. But it is the Bolero name tag that has generated max interest.

Mahindra Bolero has been one of the most successful utility vehicles in the Indian market for a long time. Its practicality, go-to-anywhere capability and reliability of the strong mHawk diesel engine have played key roles in making the Bolero a successful model. Using the iconic Bolero nomenclature might help the new SUV but only time will how successful it is going to be.

Here are the design elements, features and specifications that are new in Mahindra Bolero Neo compared to the original Bolero. 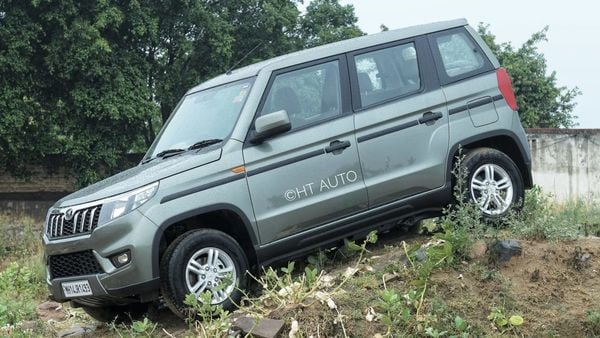 Mahindra Bolero Neo is the latest product from the car maker and its main claim to fame is its affordable pricing and robust drive traits. (HT Auto/Mithlesh Kumar)

Despite carrying design elements such as a boxy and upright stance with a sub-four metre length, the Bolero Neo looks quite different compared to Bolero. It gets a smoother look than the original Bolero. The car has ditched Bolero's old school looks.

Bolero Neo gets bending head lights with LED daytime running light, which is missing in the original Bolero. Its wheel arches are also slightly more pronounced. There are, however, similarities between these two models as well. Side body mouldings, clamshell bonnet are similar in both models.

Both the SUVs come with several dimensional similarities. Length and wheelbase of both Bolero Neo and Bolero are same at 3,995 mm and 2,680 mm respectively. Bolero Neo is 50 mm wider than Bolero - at 1,795 mm. The original Bolero trumps Bolero Neo in height by around 63 mm - at 1,880 mm.

Bolero Neo's cabin looks slightly different from the TUV300. It gets a dual-tone dashboard with a 7.0-inch touchscreen with Bluetooth connectivity, a height-adjustable driver seat, electrically adjustable wing mirrors, front-seat armrests, cruise control, remote locking etc. The Bolero Neo can accommodate up to seven occupants inside the cabin just like standard Bolero.

Original Bolero's cabin on the other hand looks very much utilitarian and lacks frills. It gets a rather conventional audio system, a not-so-impressive digital instrument cluster,apart from power windows, remote locking etc.

Both the Boleros are powered by the automaker's mHawk 1.5-litre three-cylinder turbocharged diesel engines. Bolero Neo gets mHawk100 and mHawk75 powers Bolero. Bolero Neo gets variable geometry turbo for increased power output at 100 hp and 260 Nm of torque. Bolero on the other hand churns out 76 hp of power and 210 Nm of torque. Both the SUVs get micro-hybrid technology and a 5-speed manual gearbox.

Both the Bolero Neo and Bolero are built on the automaker's sub-four metre ladder-frame chassis. Both the SUVs get longitudinal engines and RWD drivetrain. But the Bolero Neo is based on the OEM's third-generation chassis that also underpins Scorpio and new Thar SUVs.