Maharashtra and West Bengal on Sunday showed interest in welcoming Tesla to set up its EV manufacturing plant.
By : HT Auto Desk
| Written By : Mainak Das
| Updated on: 16 Jan 2022, 01:32 PM 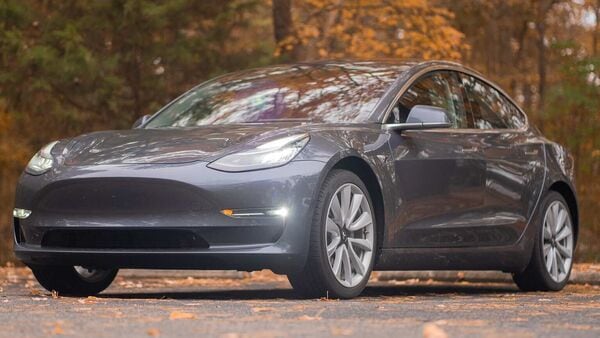 Maharashtra becomes the second state in India after Telangana to invite Tesla to set up plant here and manufacturer electric cars.

After Telangana, now Maharashtra has invited Tesla CEO Elon Musk to set up the EV manufacturer's plant in the state. Maharashtra Water Resources Minister Jayant Patil on Sunday wrote on Twitter that the state could be a place to set up up Tesla's manufacturing plant to manufacture electric cars in India.

(Also Read: Elon Musk gets offer from this Indian state to set up Tesla facility)

The West Bengal government too has invited Tesla to set up its car manufacturing plant in the state. West Bengal minister Md Ghulam Rabbani on Saturday replied to Elon Musk's tweet where the Tesla CEO wrote that his company is still working through a lot of challenges with the Indian government in starting operation in the country.

.@elonmusk, Maharashtra is one of the most progressive states in India. We will provide you all the necessary help from Maharashtra for you to get established in India. We invite you to establish your manufacturing plant in Maharashtra. https://t.co/w8sSZTpUpb

On Sunday, Jayanta Patil replied to the same tweet saying that Maharashtra is one of the most progressive states in India. “We will provide you all the necessary help from Maharashtra for you to get established in India. We invite you to establish your manufacturing plant in Maharashtra," he wrote on Twitter.

Drop here, we in West Bengal have best infra & our leader @MamataOfficial has got the vision.

The responses to Elon Musk's tweet comes when the Telangana government has already shown interest in hosting Tesla's Ev manufacturing plant in India. Telangana's industry and commerce minister KT Rama Rao on Twitter wrote that his government will be happy to partner with Tesla in working through the challenges to set shop. "Our state is a champion in sustainability initiatives & a top-notch business destination in India," Rao wrote.

Hey Elon, I am the Industry & Commerce Minister of Telangana state in India

Our state is a champion in sustainability initiatives & a top notch business destination in India https://t.co/hVpMZyjEIr

Despite showing interest in starting manufacturing and business operations in India for quite some time, Elon Musk had raised concern in August last year saying that Indian import duties are the highest in the world by far of any large country, which is impacting the OEM's plan to start a business here.

Still working through a lot of challenges with the government

India currently imposes customs duty ranging between 60-100 per cent on imported cars. India slaps 100 per cent import duty on fully imported cars with CIF (Cost, Insurance and Freight) value over $40,000, while 60 per cent duty is imposed on cars that cost less than the amount. Only the Tesla Model 3 Standard Range Plus is priced below $40,000. In that case, if Tesla has to import Model 3 to India via CBU (completely built unit) route, it is expected to cost roughly around ₹70 lakh.

While the Indian government wants Tesla to share its plans of production in India first before committing any reduction on import duties, the EV maker thinks launching its cars here at existing tax rates will not be a viable business option for the company.