Telangana government is keen to play host to the world's largest electric vehicle manufacturer Tesla to build its factory in India. The offer comes days after Tesla CEO Elon Musk said the EV maker is working through a lot of challenges with the Centre.
By : Sabyasachi Dasgupta
| Updated on: 15 Jan 2022, 01:23 PM 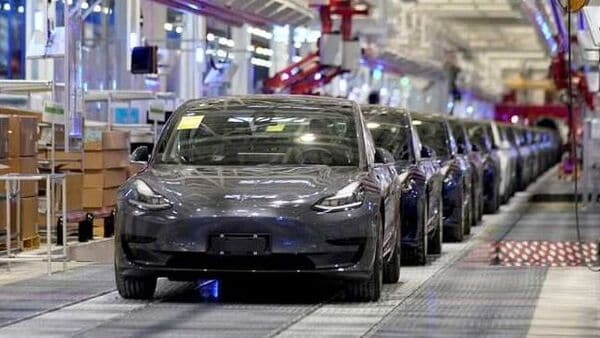 Amid Tesla's ‘challenges’ to set up its EV manufacturing facility in India, the world's largest electric vehicle manufacturer has received offer from the state government of Telangana to start business. KT Rama Rao, Industry & Commerce Minister of Telangana, said his state is ‘happy to partner’ the EV maker to build its factory in the state.

The minister's offer came a day after Elon Musk reacted to Tesla's effort to enter the Indian market to sell its electric cars. Replying to a query on Twitter, Musk had said, “Still working through a lot of challenges with the government."

Replying to Musk on Twitter, KT Rama Rao wrote, “Hey Elon, I am the Industry & Commerce Minister of Telangana state in India. Will be happy to partner Tesla in working through the challenges to set shop in India/Telangana. Our state is a champion in sustainability initiatives & a top notch business destination in India."

The ‘challenges’ Musk referred to is its bid to reduce import duties on electric vehicles in India. In August last year, Musk had raised the concern saying, “Tesla wants to launch its cars soon in India, but Indian 'import duties are the highest in the world by far of any large country." That Tesla is serious about launching in India was evident when the EV maker announced In January last year that it has registered itself as Tesla India Motors in Karnataka.

Hey Elon, I am the Industry & Commerce Minister of Telangana state in India

Our state is a champion in sustainability initiatives & a top notch business destination in India https://t.co/hVpMZyjEIr

India currently imposes customs duty ranging between 60 per cent to 100 per cent on imported cars. India imposes 100% import duty on fully imported cars with CIF (Cost, Insurance and Freight) value over $40,000, while 60% duty is imposed on cars that cost less than the amount. According to Tesla's US website, only one model - the Model 3 Standard Range Plus - is priced below $40,000. If Tesla has to import it Model 3 electric car to India via CBU (completely built unit) route, it is expected to cost roughly around ₹70 lakh.

The effort to make the Centre agree to the proposal is key for Tesla which aims to make its vehicles more affordable for customers in the country. While the Centre wants Tesla to share its plans of production in India first before committing any reduction on import duties, Tesla thinks launching its product at existing tax rates will not be a viable business option for the company.

Musk's argument against high import duty on vehicles brought from overseas markets had triggered a debate among carmakers operating in India. While some backed Tesla's proposal, others felt that the Centre should offer equal treatment for Indian carmakers too.