Toyota has posted a short teaser video over its official social media handles announcing the arrival of the new limited-edition Fortuner TRD.
By : HT Auto Desk
| Updated on: 06 Aug 2020, 11:22 AM 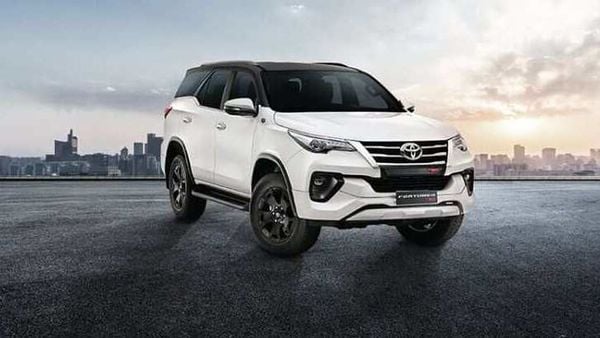 Toyota is gearing up to introduce a new limited-edition Fortuner TRD edition SUV in the Indian market soon. The company has also hinted the same in a short teaser video posted over its official social media handles.

The news was originally confirmed earlier this year by Naveen Soni, Senior Vice President, Sales and Service, Toyota Kirloskar Motor, who was quoted saying, "Coming very soon is a limited-edition version of the Toyota Fortuner."

Previously, the company came up with the Fortuner TRD Celebratory Edition in September last year, and the latest model is expected to carry some more exclusive features and equipment making it an even more alluring purchase than it already is.

Expect it to sport updates such as exclusive colour scheme, new 'TRD' branding, exclusive TRD Sportivo design alloy wheels, blacked-out pillars and skid plates and more. Also, goes without saying that the new updates will also result in a slight price hike which could be around ₹1 lakh against the regular model.

Some of the key features on the limited-edition Fortuner may include LED projector headlamps, 7-inch touchscreen, 7 airbags and vehicle stability control with brake assist, hill assist control etc.

While the regular model runs on two engine options - 2.7-litre naturally-aspirated petrol and 2.8-litre turbocharged diesel - the limited-spec Fortuner may be limited only to the latter 2.8D 4x2 AT configuration. It is expected to produce 177 PS and 450 Nm of torque. Its automatic transmission is going to be a 6-speed unit.